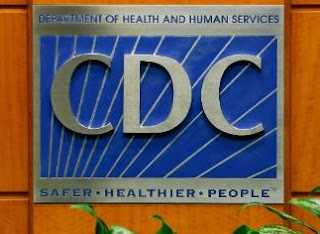 
The Trump administration is prohibiting officials at the nation’s top public health agency from using a list of seven words or phrases — including “fetus” and “transgender” — in any official documents being prepared for next year’s budget.
Policy analysts at the Centers for Disease Control and Prevention in Atlanta were told of the list of forbidden words at a meeting Thursday with senior CDC officials who oversee the budget, according to an analyst who took part in the 90-minute briefing. The forbidden words are “vulnerable,” “entitlement,” “diversity,” “transgender,” “fetus,” “evidence-based” and “science-based.”

Gob-smacked barely begins to cover the reaction that might greet such a dictum. Joseph Goebbels is no doubt salivating in his grave. George Orwell has been out-flanked. And George Carlin's once-humorous "shit, piss, fuck, cunt, cocksucker, motherfucker and tits" as the seven dirty words you couldn't say on television is thrust into the shade.

You couldn't make this shit up.

And this is the administration colluding in the creation of a tax plan -- more money for the wealthy -- that is, to my mind, the stalking horse for reductions in Medicare, Medicaid and Social Security.