counsel from an earlier time...

... not quite sure where or when or who, but this snippet of an earlier American etiquette floats to mind:


...AND IF YOU MUST SPIT, SPIT IN THE CORNER

time is a convenience

Now and then, as now, after a nice meal of beef and rice and lima beans, I bask and glimmer like some piece of volcanic glass. I am almost 80 and eight is one of my numbers. What does it mean that it is "mine?" I don't know, but it is shiny and not yet really proud. Somehow it bristles quietly and black.

Time snickers forward and back in pinholes of brightness cast by a dancehall ball above the swooping herd. The gas station attendant appears in the driver's side wineshield and spits idly in the driver's face, the better to clean the random bug guts collected along a cross-country road. These days spit might be frowned-upon -- "nowadays," a time when a million solutions running hither and yon in search of an unnecessary problem.

Time is a convenience, not yet a fact.

Am I the only one sitting here wondering when -- if ever -- anyone is going to mention the Spanish Flu epidemic of 1918 -- an outbreak that by some estimates took a third of the world's population despite widespread efforts to keep its ravages under wraps?


The Spanish flu pandemic of 1918, the deadliest in history, infected an estimated 500 million people worldwide—about one-third of the planet's population—and killed an estimated 20 million to 50 million victims, including some 675,000 Americans.


From where I sit, the current coronavirus sprang (as from Zeus' head) up in the midst of the impeachment of the U.S. president, a mishmash of presidential primary kerfuffle, a question which lies Donald Trump will wholesale today .... where did the coronavirus come from all bright-eyed-and-bushy-tailed?

It seemed to come to light out of China (which isn't usually a bright lamp of transparency) where the rulers had to concede that last weekend's Chinese New Year travels (usually enormous) had been stymied, streets were emptied and everyone seemed to be wearing a mask.

Being right is a good thing, but it is not the only thing.
Posted by genkaku at 6:26 AM No comments:

BEIJING (AP) — A Chinese doctor who got in trouble with authorities in the communist country for sounding an early warning about the coronavirus outbreak died Friday after coming down with the illness.
The Wuhan Central Hospital said on its social media account that Dr. Li Wenliang, a 34-year-old ophthalmologist, was “unfortunately infected during the fight against the pneumonia epidemic of the new coronavirus infection.”
“We deeply regret and mourn this,” it added. 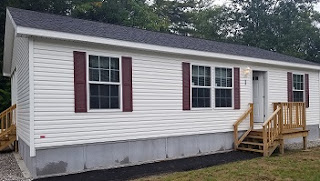 Is it just my watching of too many TV ads or is it true that the push for people to buy mobile homes/trailer homes is on the rise ... in some apparent segue from "micro homes," the she-she building of 7-900 square-foot tiny houses ... and this by turn in the wake of real estate prices rising and rising across the country?

Living in an affordable house is no easy matter for someone trying to find somewhere to live.

Makes me free-associate to nobles and peasants.
Posted by genkaku at 12:20 AM 1 comment: 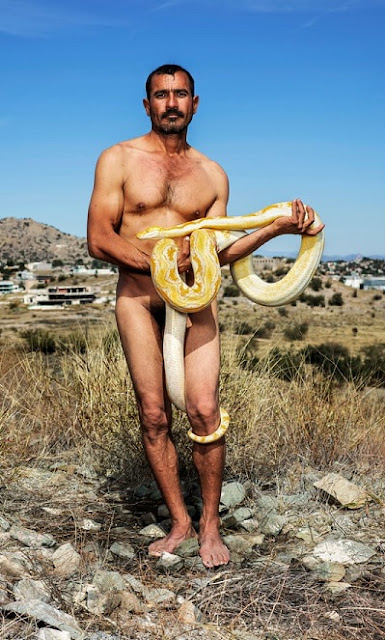 Named after the famous folk song which translates as The Cockroach, La Cucaracha is an exhibition of new photographs by South African artist Pieter Hugo exploring death, sexuality and spirituality in Mexico
Pieter Hugo: La Cucaracha is at Huxley-Parlour Gallery, London, from 19 February to 14 March.
All pictures © Pieter Hugo