A plump tan envelope sitting on the table next to me contains three copies of a contract that require my signature. The envelope comes from the literary agent handling my mother's written works to which I now hold the rights. My mother, Helen Eustis, was a writer in the 1940's and 1950's -- a freelance woman writer in an era when being a freelance woman writer took real balls. She wrote one book, The Horizontal Man, (1947) that won and Edgar Allen Poe Award, the most prestigious of mystery-writing prizes. A couple of years back, Reader's Digest included this book in the reprint of what it considered the 100 best mysteries.

Imagine that -- reprinted after 50 years. 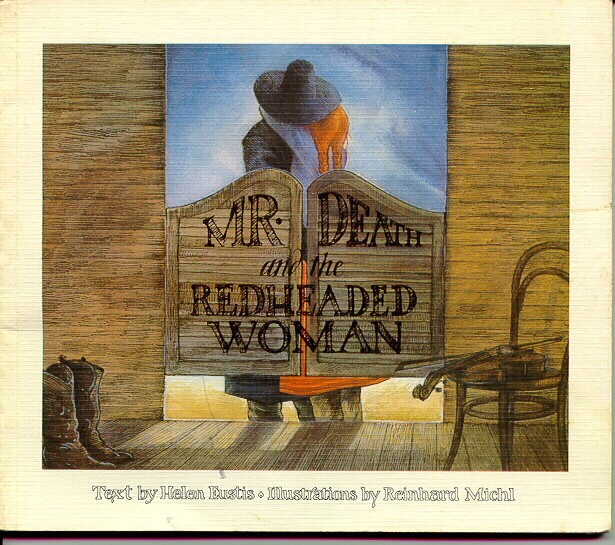 But she also wrote another tale called (in some editions) "Mr. Death and the Redheaded Woman." (1950) The folktale also bore the title, "The Rider on the Pale Horse." Sold as a kids' story, it had a reach far beyond kids.

An excerpt may give some of the flavor:


But Maude Applegate, she'd rode high and she'd rode low, she'd stood thirst and she'd stood hunger, she'd like to killed her daddy's pretty little pinto; furthermore, she was a redheaded woman and she wasn't goin' to be laughed at so. She took and cussed out Mr. Death good. She tole him that where she came from no gentleman laughed at no lady in her true trouble, and she'd thank him to mind his manners with her, and she'd like to know who brought him up anyhow?

Fun enough and imaginative to be for kids, and yet what adult does not secretly or not so secretly appreciate approaches to death?

The brown envelope on my table has to do with "Mr. Death and the Redheaded Woman." A movie-maker in New Mexico wants an option on the book and is willing to pay for it. The option gives him seven years to make his movie. If he actually makes the movie, more money is involved. If not, the option runs out.

According to the agent, the director wants to acknowledge the seed that grew his movie -- the springboard that took him to whatever movie-story idea he hopes to portray. "Mr. Death and the Redheaded Woman" gave him liftoff and he wants to say so.

I guess what I like about it is the way it stands in contrast to the more common habit of stealing or reshaping someone else's ideas without any acknowledgment or even much reflection.

How it used to piss me off when people would spew out as their own ideas or thought patterns that I had provided! How inconsiderate! How infuriating! How weak! How ... common! Taking ideas from well-researched books or speakers and then parading them as your or my own. Sometimes it's subtle and well-camouflaged. Sometimes it is blatant. And most commonly, it's just ignorant.

I appreciate this movie director not so much because he is willing to put money in my pocket and not because it concerns someone in my family, but more broadly because I like being in the same world with someone who exercises some reflection and a little peculiar honesty.
Posted by genkaku at 10:48 AM