losing what once was ... again 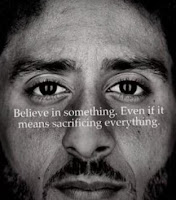 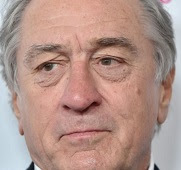 Bit by bit and drip by drip, my honest interest in the give-and-take of the world's woes -- once a first-place focal point -- just dwindles. A variety of articles suggest that I am not alone, but it is not the cozy company that inspires me. I just seem to have run out of energy and find myself skimming the fact that Massachusetts Senator Elizabeth Warren is plumbing the 2020 presidential waters in Iowa or that migrants south of the Mexican border are jammed up against the U.S. lack of charity that might invite this sliver of humanity into America under existing immigration law; Brexit -- the potential withdrawal of Great Britain from the European Union -- is off my interest charts; and a host of other world-touching stories also seem simply to have lost their steam. I just don't read the stories, masticate and attempt to digest any longer.

Instead, this morning, for example, I found myself reading an interview with Hollywood actor Robert DeNiro, who dislikes (and has become vocal about that dislike for) U.S. President Donald Trump. I read the whole of it because I was mildly curious what one man might have to say. Not that I am willing to inflame my own negative take via some Hollywood bright-light. DeNiro's take is just DeNiro's take and the likely impact on my own thinking is minimal. But one man is easier to understand. It's more straightforward ... as was the only story that really grabbed by interest:


As the National Football League digs in its heels in a dispute with Colin Kaepernick, the star quarterback who refused to stand for the national anthem in protest at police brutality against racial minorities, the show this year has become more about politics than music. The fact that the Super Bowl is taking place in Atlanta, arguably the capital of black music in the US, has only added to the storm.

Colin Kaepernick is a young man whom I admire and, to the extent that I've got his drift, agree with and am thankful to. His exemplifies a personal, get-down-and-boogy sacrifice about something serious in American life. Those arrayed against him, who question his actions and impugn his posture on racism in America, are more cowards than anything else. True, there are aspects and facets to the situation, but after stripping away the posturing, Kaepernick is, for my money, right (nuff said) and deserves all the support he gets.

What ever happened to being willing to do a little background checking?

Well, it's worn out.

And at the moment I am content to be stuck with my own tribalism -- a small appreciation of Colin Kaepernick. He loves something and is willing to go down the line for it ... both qualities I admire. That, and the fact that his views, if implemented, could benefit not just some mythical "many," but all of us, mythical and otherwise.
Posted by genkaku at 12:04 PM