"a good Buddhist" or "a good person?"

Every now and then, the old-timey bit of praise can be heard: "She is a good Christian woman" or "he is a good Christian man." I'm not picking on Christians, here, but rather reflecting the country I live in, which is largely disposed towards Christianity when something called religion is in play. Perhaps the same line crops up in Mecca or Jerusalem or Mumbai or Kyoto, employing appropriately revised religious popularities of the realm. 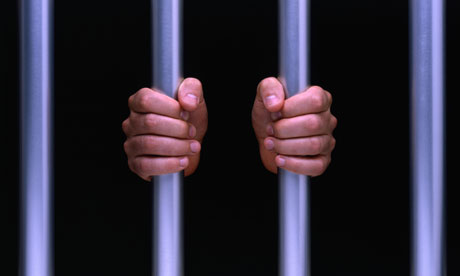 The smoothly quick-witted may see the direction of the question and respond, half-derisively, "no." My view is that they would be right, but smooth quick-wittedness is not really responsive. Spiritual life is as messy and mixed-message as any other form of life. Quick wits may be lovely, but they seldom produce much peace.

As far as I can see, the purpose of Buddhism (using just one example) is not to train "a good Buddhist" but rather to suggest the capacity to be "a good person." Good Buddhists everywhere may hoot with ill-concealed smugness, "yeah, but who is that person?" The Buddhist agenda addresses this question as well, but it is up to individuals to winkle out a satisfactory answer ... an answer that has almost nothing to do with something called "Buddhism" ... or any other agenda, for that matter.

Which is more important -- to be a "good Buddhist" or a "good Christian" or to be a "good person?" I suppose, in one sense, this is a trick question because a capacity for discipline and depth and peace requires a training ground. Buddhism or Christianity or any of the others offer that training ground. A training ground that can be pretty serious and pretty determined ... a balls-out effort... the kind of effort that might lead anyone to say things like "s/he is a good Christian" or "s/he is a good Buddhist."

I guess part of what led me into this airy-fairy realm was various bits of lately-received information about the Vatican squirming to maintain its force in the face of some pretty awful scandals or the Zen Buddhist exemplars dancing their own version of the same dance as a means of upholding the goodness of their realm. Good Christians. Good Buddhists. Good training grounds. And, as the cartoon character Charlie Brown used to exclaim, "Good grief!"

Does Buddhism teach people to be "good Buddhists?" In one sense, perhaps. But in another sense it is all too cozy and fabulous by half. There is excellent training ... and then ... and then ... how many segue into a comfort zone of "Buddhism?" Is that really Buddhism? To answer too quickly is a foolish business ... there is an enormous human longing to have company, to be supported and warmed and convinced and settled. The sangha is one of the trio of jewels extended by Buddhism after all ... 'authentic' Buddhism, to hear some tell it.

To dismiss good training grounds would be silly. But to embrace them as sure-fire would also be silly. Since being silly or foolish probably forms the cornerstone of why anyone took up a spiritual adventure in the first place, who wants to nourish that realm? Is standing on the two feet already under anyone seem too scary, too lonely, and, possibly, too powerful? Probably ... isn't that why we have good Christians and good Buddhists and good Muslims and all the rest?

But what other choice is there when it comes to walking? It's just these two feet and a bit of effort ... the kind of stuff any good person might exercise. No point in stumbling into new and improved leg-hold traps if you can help it.

Be a Christian.
Be a Muslim.
Be a Hindu or Jew or Buddhist.
Be good at it.

But relax. Use what is useful. Don't imagine or insist it could ever use you.

Jibber-jabber ... drink coffee, kiss the dog, plant cucumbers if you like.
Posted by genkaku at 8:52 AM