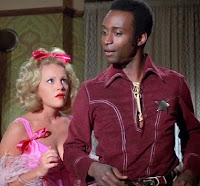 Perhaps it is the cool-warmth of the morning that brings it up and back....

My childrens' fingers move like lightning across the key pads of their texting telephones. Lord, they are fast. Lord, their eyes take on a fixed intensity. Lord, which of us has not sought out connection and love and reassurance? It does not matter that the mode of search leads to an dismal recognition that the tool employed guarantees the reverse of what is conceived -- distance instead of closeness; separation in place of connection; doubt instead of reassurance.

The cool-warmth of the morning puts me in mind of bliss. Cool-warmth ... easy, awake, without barbs or arrows or good intentions.

I dislike talking "bliss" and yet I suppose it's not much worse than lightning text messages. Now and then I feel like saying something nice about it, even at the risk of joining company with those who TED-talk it to death or sermonize without embarrassment. Their problem is, of course, that the bliss of which they speak only exists in the future or the past. Anyone seeking bliss will know that that's a crock of shit: How much nicer to be connected than to be "connected;" how much more convincing to bliss instead of "bliss."

As once I sought inspiration in books, so, perhaps, the children of my age seek inspiration in Twitter and Facebook. I wonder, but don't know, if the twitter-sphere inspires them to take action, to find out if the bliss and comfort and connection could possibly be true. I wonder if they too come to the brick wall a minister or other happiness merchant might reach when, after years of sermonizing and talking about bliss, the question rose up in a fury: "What if God were actually true?" What if all the previous p.r. really did relate to something real -- something that needed no p.r., no promises, no threats, no past, no future? What if, like Madeline Kahn in the movie "Blazing Saddles," the words came out of the darkness in a scene with the black sheriff she is seducing:

The books I once read inspired me to hitchhike across the United States twice. To actually do it in the wake of adventurous dreaming that rose up off the Beat Generation page. I wanted to join the non-conformist, inventive crowd who had done similar things. I wanted to know what it was to be in with the out-crowd. In the event, of course, hitchhiking was not the wondrous thing I had imagined. It had its lessons to be sure, but the lessons did not conform to the blissful light-heartedness I had devoutly credited.

Can bliss be realized by seeking bliss? I doubt it.

During one of my hitchhiking adventures, I found myself, late one night, dropped off on a two-lane road in Pennsylvania. It was the end of summer and I was heading for the east coast. The likelihood that I would catch another ride on this small road at this time of night was slim, so I stepped off the road and found a nook behind a billboard. There were white pines, so the ground was littered with pungent and soft needles and it was there I laid out my old army blanket, wrapped up, and went to sleep.

I awoke to a warm-cool morning, surrounded by gentle scents and a sense of what I can do no better than to call bliss. Not a cell in my body expressed any intention. Improvements and meaning were absent and irrelevant. There was no dissecting or praising possible. It was as relaxed as chocolate pudding. If someone had called it "wondrous," I imagine I might have snapped, "Don't be ridiculous!" On the other hand, ridiculousness needs its time to play, so, OK ... be as ridiculous as you like.

I don't know how long the sense of bliss lasted or where it went when at last it left. Naturally, there were and remain glances into the past that long to infuse the future with some similar experience. But that's just more texting and TED-talking, more running away from what I might claim to want.

And these days I think bliss is not what anyone can seek out. Bliss just seeks you out. No need to get your knickers in a twist:

It's just "twue" after all: Seeking is optional.