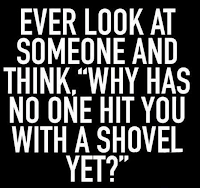 Whatever the case with water, I have found myself lately, searching for a silver bullet of forgiveness when it comes to the confusions of aging and their intersection with the old habits of being a news junkie who wants to understand (and sometimes was convinced he actually could) the confusions and frustrations of a 24-hour-news-cycle.

Often, these days, I am left panting and exhausted where once I felt myself to be on firm footing. Is there anything that will forgive my ever-widening willingness to ignore what is deemed the news of the day? I actually skip stories I know have implications. How can I be so uncaring of my environment in both larger and lesser senses? I simply don't and won't read a story about Supreme Court nominee Brett Kavanaugh. Is there anyone who wasn't an asshole when s/he was given the opportunities youth served up?

Is there some litmus test that will forgive me for not giving a shit? North Korea, tariffs, another tax benefit for the wealthy ... and on and on it goes. The news cycle tells me I should give a shit and, increasingly, I simply don't. Has Donald Trump and his minions won me over?

OK, I'm 78 and increasingly forgetful. These are my bona fides. My capacity and interest in reading news stories drips away and there is an element of shame in it all. What I would like is a silver bullet, a universal solvent that might absolve -- or pretty much absolve -- me of what hitherto has been felt as a responsibility. Last night, I think I hit on it.

From now on, the yardstick I will apply is this: It's not the elephant in the room that counts as much as the adult in the room. Who, if anyone, is the person I am willing to credit as an adult? Like the universal solvency of water, it's not a perfect yardstick, so I will have to settle from time to time for "adult-ish." But in general, I will skip those tales which make little or no effort to convincingly elect an adult.

I grew up in a time when it was almost unthinkable that the president of the United States should be substantively accused on a daily basis of being either a liar or a mischaracterizer of facts. But these days, it is the new normal. Was there ever a policy Donald Trump wasn't willing to espouse and then with equal volume disassociate himself from? This is not adult behavior. When members of the U.N. General Assembly laugh out loud about Trump's approach to global affairs, it's time to seek out the adult. Will the adult be some politician who, to date, has not displayed the courage it would take to disassociate him- or herself from the childishness that is rampant? Maybe so. Probably not, Or take Iran or China or North Korea or the American workers being ground under the heel of top-volume assertions ... who and where is the adult? If I can't find one ... well, fuck it.

Naturally my adult and someone else's will differ. Remember, I am looking for broad-brush absolution and resolution and a "te absolvo" for my increasing inability/unwillingness to read what at another time might have been worth what I consider serious.

My absolution -- or as close as I suspect I will ever get -- is using the "adult" yardstick. I may wish to death I could and did understand more, care more ... but it's all too overwhelming. I am old and the spaces between connections in my brain widen by the second. I am confused. A lapsed thinker, so to speak.

Watered down seems to be my lot.

Strangely, I seem to be on Team Trump at last.

PS. Buddhism strikes me as an "adult" persuasion. Relying on it doesn't even make the "adult-ish" cut.