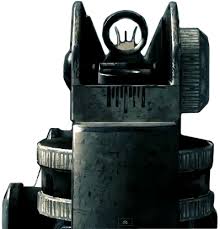 At 5:30 a.m., my younger son was out the door for a weekend of having his finger on the trigger -- a weekend of shooting as part of his National Guard obligation. He took off for Fort Devens, east of here. A weekend of reestablishing ties with a tribe he has agreed to be part of.

I, by comparison, awoke seemingly determined to be sad that I had no tribe I could identify. Where was my mooring and tribe, however stale? I could not find it and felt a bit like a crumpled bit of newspaper, scrunched in a fist, waiting to be added to a wood fire: Each nook and cranny held a tale that failed to yield any adhesiveness. Memory, yes; but adhesiveness -- that sense, however false, of reliability -- no. I wanted a mooring. I could not find a mooring. I was determined to be sad and full of something less than even echoes.

When I was 11, my mother took me with her to Italy and in the course of that trip we stayed a while on the Adriatic Sea, where I met Dili, a boy of about my age. Neither of us spoke the other's language, but we hung out in the waters, did boyish leaps and scanned the sea bed below our masks.

The water was incredibly clear and pale blue/aquamarine and you could watch fish or -- in the case of a slingshot-like spear gun my mother bought me -- kill them. On the seabed perhaps 10 or 12 feet below, the sands were littered with greening bullet shells from the war that had ended six years previously. The bullet shells were there by the handful. Their horrors had been spent and as a boy, I thought them heroic and masculine and tribally bright. What I was interested in, before I changed my mind, was the fish I might pinion with my spear gun.

Dili would give the spear gun a try from time to time as well. It was the kind of toy any waxing boy might enjoy. When he did take over, he would swap me the long bamboo pole he carried with him in the water ... long enough to reach into the nooks and crannies of the small rock caves on the sea floor below. The pole had a triple hook fastened to the thin end. Dili was after the shy octopuses that sheltered in the micro-caves. He would thrust the hooked end of the pole into the cave and like as not withdraw it with a middling-small octopus squirming on the hook. Then he would swim with his prey to the dock, hoist himself and his pole/catch, then grab the flailing creature and bite the back of its head ... at which point a blackish liquid would spill onto the dock and the octopus would be dead.

I never did catch and octopus and never bit the back of its head, but I admired Dili for it. I did not occur to me that he might have just caught his family dinner or something to sell for hard money in the town square. I was on vacation. He was moored in his life.

And I ... I killed fish on occasion before I got my first inkling that killing for sport felt distinctly wrong, viscerally wrong, to me. If I wasn't going to eat it (and I still dislike eating fish), then killing it was presumptuous and somehow disgusting.

In Tijuana, Mexico, 20 years later, I determined to go to a bullfight. I had read about bullfights in Ernest Hemingway novels and it sounded manly and moored and ever so empowered. If Hemingway's books said so, surely I might be invited into a manly brotherhood somehow, if I went to see one.

It took about 20 minutes to realize that killing for sport -- goading and wounding and stabbing an animal trapped in a man-made enclosure -- was, by whatever moored or unmoored book was on my shelf -- despicable. If I paid a lot for the ticket to get in, I would have paid multiples of that amount to get away from such a scene. "Horrible" in its earliest incarnations is too kind a word for me.

And yes I eat beef, much as I suspect a beef might eat me.

Moored. I would have liked to be moored this morning. Moored in something more than sorrowful conclusions. And yes, I have helped to butcher cattle -- and was sad at it, though knowing it would end up on my plate offered a sort of morbid solace.

Perhaps I should take a lesson from my son, aim at a target some distance away and moor myself to the outcome. How I sometimes wish I could do that and credit it.
Posted by genkaku at 2:01 PM