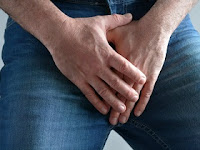 Big news out of Texas this week: sending unsolicited penis pictures is now against the law, punishable by a $500 fine.
You might be wondering why Texas, of all places, is leading the charge when it comes to legislation like this. The Lone Star state, after all, is normally more focused on loosening restrictions on guns than tightening protections for women. Well, it’s largely because the female-focused dating app Bumble is based in Austin and lobbied local politicians to make it happen.
“If indecent exposure is a crime on the streets, then why is it not on your phone or computer?” Bumble’s founder, Whitney Wolfe Herd, asked Texas lawmakers at a hearing earlier this year. “We have to call on you because as tech companies, we can only do so much.” Legislators agreed and the bill got bipartisan support.

My own utterly-unscientific, thoroughly-anecdotal take on the sexy bits of entertainment/movies goes something like this: Women's breasts are making inroads in what once was taboo ... even an occasional vaginal bomb zone shows up. Men's asses are making inroads, though not yet peckers. And everyone, from galumphy redneck to button-down candidate is cussing with more and more abandon: The cussing words are all there, but the music of cussing is almost entirely missing. Unless I am entirely wrong, pretty soon the old cross-your-legs prurience that straightens America's imagined backbone should be back in vogue.