Of note of late:

1. The piece of apple pie my neighbor Joe gave me the other day was THE BEST PIECE OF APPLE PIE I HAVE EVER EATEN. The pie was so good that plans to share it evaporated as I inhaled it. To run into "the best" anything at the age of 69 is rare as hen's teeth.

3. I am sick of being confused.

This passed-along satire (why is it satire?) eased the gaff a bit: 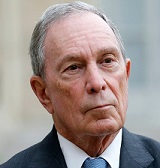 NEW YORK (The Borowitz Report)—The former New York City mayor Michael Bloomberg upended the 2020 Presidential race on Friday by offering Donald J. Trump ten billion dollars to leave the White House by the end of the day.
“I will deposit ten billion dollars into your account in Moscow, Riyadh, or wherever you do your banking these days,” Bloomberg announced. “All you have to do is go.”
In addition to the ten-billion-dollar offer, Bloomberg told Trump that he would cover the moving expenses of Ivanka Trump, Jared Kushner, Kellyanne Conway, and any other associates “that you haven’t already gotten rid of.”
On Capitol Hill, congressional Democrats expressed sadness that Bloomberg’s offer, if successful, would eliminate the need for impeachment, which many of them had been looking forward to.
But Representative Adam Schiff of California struck a more philosophical note. “If ten billion dollars gets rid of Donald Trump, that’s a quid pro quo I’m okay with,” he said.