other times, other fashions 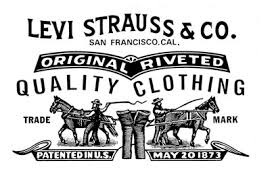 Of late, a couple of marbles rolling around in my mind:

2. Kids were generally issued a new pear of blue jeans at the start of a school year. Rips and tears were often carefully patched and stitched by caring mothers. No one let the rips remain as a statement of status or whatever the rips these days are supposed to stand for. Few, if any, had any more than a single pair of jeans and the ones they had always needed to be washed a couple of times to shrink them down to the size of the wearer. "Levi's" were the only sort of jeans (and they came off the shelf starched to a faretheewell ... almost two sizes too big and the people who wore them seldom had a foreign accent.