.
In the May 13 issue of The Economist, there was an article about Barack Obama's criticism of up-to-date gadgets and the effect they have on society.

More than Obama's somewhat bizarre criticism (he was swept into office partly due to an impressive use of the internet) was a background paragraph and Socrates' part in it: 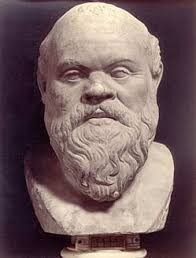 Socrates’s bugbear was the spread of the biggest-ever innovation in communications—writing. He feared that relying on written texts, rather than the oral tradition, would “create forgetfulness in the learners’ souls…they will trust to the external written characters and not remember of themselves.” Enos Hitchcock voiced a widespread concern about the latest publishing fad in 1790. “The free access which many young people have to romances, novels and plays has poisoned the mind and corrupted the morals of many a promising youth.” (There was a related worry that sofas, introduced at the same time, encouraged young people to drift off into fantasy worlds.) Cinema was denounced as “an evil pure and simple” in 1910; comic books were said to lead children into delinquency in 1954; rock’n’roll was accused of turning the young into “devil worshippers” in 1956; Hillary Clinton attacked video games for “stealing the innocence of our children” in 2005.

The emphasis above is mine:

"... They will trust to the external written characters and not remember of themselves." To my mind, it is a far-reaching comment.

Far-reaching, but still not far-reaching enough because, I imagine, the oral tradition to which Socrates alluded was every bit as open to a cotton-candy lifestyle as was a world full of written words: If you can remember and recite the words, then you know what you are talking about, right? How many of us know people like that ... including the one in the mirror? :)

Still, I thought it was fun to think how from age to age, the changes keep coming, keep upsetting someone's apple cart, and keep morphing into ... whatever it is they morph into.
.
Posted by genkaku at 4:53 PM