.
Though I read many of his books, I had never heard Aldous Huxley in 'person' until yesterday. I always knew he was exceptionally well educated, a star in the 'intellectual' firmament, but, given my own upbringing, was wary of his light. In the linked clip, he does say that the intellect without kindness is a cold and distant and inhumane appendage (which makes me like him), but I still don't know if the capacities he had were capable of bringing some peace to his life. I would have liked to ask him, since the intellect is such a wily cuss. Anything can bring people home, assuming they are willing to investigate and consent, but getting home is not a matter for the intellect. Huxley was smart enough to write, "If the intellectual travels long enough and far enough, he will return to the same point from which the non-intellectual has never started." It's an apt observation, but I do wonder if he was capable of taking the next step.


And, in the 'thinking' department,

here is Auguste Rodin's "The Thinker" -- a graceful statue that depicts and ability to think, but no ability to be at peace.


And finally, there is Swami Vivekanada, a British-school educated expositor of Vedanta, author of many books, and a man who knocked them in the aisles at the Parliament of Religions in Chicago in 1893. His search for God led him to become perhaps the best-known disciple of Sri Ramakrishna, a teacher who spoke directly to Vivekananda's search when he told Vivekananda he could and did speak as directly to God as Ramakrishna was speaking to him. Vivekananda, with all his fine, thinking-cap capacities, credited Ramakrishna's experience and stayed on as a student. 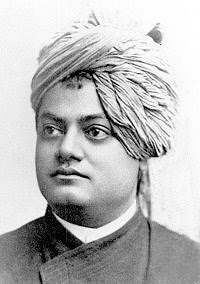 and later would write: "The mind (he meant intellect) is a good servant and a poor master," an observation that, although merely intellectual in nature, nevertheless points directly, for my money.
.
Posted by genkaku at 10:22 PM