"who died and left you in charge?"

.
Yesterday, the nurse who insisted I go to the hospital emergency room (now!) made a nice observation. After she had done her routine blood test and was considering my pulse rate (which was through the roof), she said evenly, "Sometimes you are your own worst enemy."

And as I thought it over, I realized she was right. 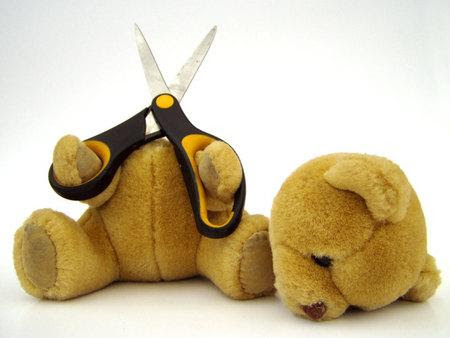 I was not brought up to think that being hurt or having an ailment was something I might complain about. True, I might have to get it fixed, but when regarding what needed fixing, I did my best to stand at a distance, assessing and addressing the issue together with those who might likewise be considering what to do and how to do it. This stance formed a kind of camouflage for those doing the repair work ... if I seemed so even-tempered, it must not be that bad. But sometimes it was that bad ... or worse.

Besides my upbringing -- a bit of stiff-upper-lip or you-don't-deserve-it or something like that -- there was also, on my part, a desire to assert control of the ailment that was, in fact, in control: I could remain cool, calm and collected and place the ailment at some distance from myself.

The whole situation also made me wonder why it should be necessary to use up 40 years on something called Zen practice when there was Ann, the nurse, acting as a straightforward and no-bones-about-it teacher: "Sometimes you are your own worst enemy." Plain as salt ... ain't it the truth? What would convince me that there was some other approach -- something other than daily events -- that could somehow out-teach, out-inform, out-clarify what was in front of my nose?

Well, the short answer is, I love Hollywood ... the flash and glitter, the stunning scenes, the wise, wise wisdoms of something I'm magnetized by ... something that will get my attention and awe and determination. And who knows: Without Zen practice, perhaps my ears would have remained deaf to Ann's good teaching.

I'm not criticizing. Just noticing. All that time fussing about one kind of brass ring or another, when all the time ... well, I'm just sick. Or, sometimes I am my worst enemy. Or laughter is a delight. Or ... sunshine.

It all feels a bit as if the universe were smothering a guffaw: "Who died and left you in charge, nitwit?"

Well, no one died and even so, you are in charge. Not in control, perhaps, but in charge.
.
Posted by genkaku at 7:33 AM