.
The dicey thing about risk, of course, is that it is risky. All the hope and expectation in the world cannot insure that the goal will be attained as planned.

In "The Varieties of Religious Experience," William James, an author who had more courage than most, described what he considered a legitimate 'conversion' experience in which a man was convincingly 'converted' to a life of gambling. James was not careless in his definitions or willingness to face the fact that spiritual life is far more interesting than the hopes and beliefs that engorge it.

In New Zealand, a man who built a hovercraft from a kit was decapitated during his maiden flight. Construction of such a craft was described by another enthusiast as "a piece of cake" and the craft itself was depicted as "inherently very, very safe."

Yesterday, out of the blue, I received a neatly-written letter that began,


Dear Mr. Fisher,
My name is Anne Stiles, and, even though you do not know me, I'd like to extend my sympathy to you and your family on the loss of your grandfather....

The note was hand-written, very neat and had perfect punctuation. But not only did I not know the person who was writing, I also marveled at the opening assertion because my grandfather on my father's side died before I was born and my grandfather on my mother's side committed suicide in the 1940's. These were not people I knew or knew well, so the premise was a bit weird.

The letter went on to lay out biblical promises and gently encourage a come-to-Jesus Christianity in which the risks of life were infused with the certainties of a pleasant future. As a sales pitch, it was less annoying than most and the fact that the letter was hand-written gave it all a certain poignancy... writing in all earnestness to someone who is completely unknown to you.

I guess that imagining such a thing as an "honest salesman" is oxymoronic on its face. What car salesman has ever pitched his product by saying, "And then, of course, you could be involved in a 27-car pile-up in which 13 people died?" No, salesmanship means the moon roof or gas mileage or zero-to-sixty potential or trade-in value or the track record as a babe-magnet ...

The wonders of flight.

The joys of taking a risk.

For anyone seriously interested in spiritual endeavor, I doubt if the initial entry point was much different. Whether the sales pitch came from within or without, still it's the good stuff that whispered and beckoned. Something better, something improved, something promising, and a good deal of salesmanship, from delusional to wise, backing it all up. 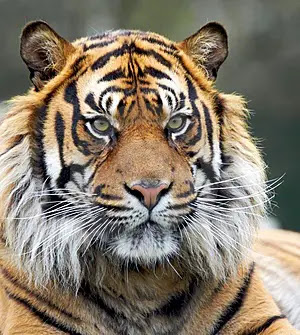 As far as I can figure out, those interested in spiritual life are caught between a rock and a hard place. What is is unsatisfactory and disquieting. What might be -- which may be based in part or in whole on a revision or eradication of what is -- seems to be the only choice. But what might be is so far unknown in experience. Something needs to be done, but is spiritual life that 'something?'

It doesn't surprise me at all that people who are serious in their spiritual endeavors come to a point of profound surprise and perhaps an enormous fear. Sure, you can grab the tiger by the tail, but then the tiger turns around and stares you in the face. Oooops! This is real, this is powerful, this is scary in a way that no groveling prayers can assuage. The tiger of experience is ... well, hell -- it's a tiger, not a tabby cat. Hopes and beliefs lose their savor in the face of such a powerful force. This is a situation that has "you're toast!" written all over it.

Is it any wonder that people retreat to their heartfelt hopes and beliefs? Is it any wonder that they take comfort in spires and texts? Nobody in their right mind messes with a tiger: Better safe than sorry. But the trouble is that one minuscule glimpse of the tiger of experience and, well, you're already toast. There is no going back. Take a risk. Meet the tiger ... and there is no choice but to move forward. You can't un-think a purple cow and you certainly can't deny experience, however fervently you may lay bricks for yet another spire.

A tiger was not what was expected. A blissful, peaceful ahhhh was what I took the risk for. I didn't want to turn out to be a gambler or to be decapitated. Spiritual life was sold as yum and now ... well, now there is work to be done. Tigers don't make 'friends' with people ... they're too smart for that. Experience can't be scratched under the chin and induced to purr lovingly.

And the strange part is, it's not half-bad.

Tiger, tiger, burning bright
In the forests of the night,
What immortal hand or eye
Could frame thy fearful symmetry?