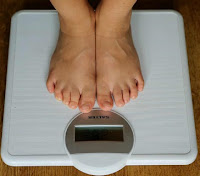 Finally, some Christians appear to be stepping up to their own plate.


PHOENIX/TAOS, N.M. (Reuters) - Members of an Arizona evangelical church are for the first time taking Central American asylum seekers into their homes, responding to record arrivals of migrant families at the U.S.-Mexico border.
The predominantly white Central Christian Church, a Phoenix area “megachurch” had in the past assisted Muslim refugees. Church leaders wanted to help another group that lacked support and were portrayed as a threat in areas of the media and politics - asylum seekers.
Central Christian is among a group of around 10 churches, most of them Hispanic, taking in up to 500 migrants a week from Immigration and Customs Enforcement (ICE) in greater Phoenix.

Caritas (inadequately defined as "charity") is the heart and soul of Christianity. Fear and loathing are not high on the bedrock Christian agenda, though many evangelical supporters of Donald Trump applaud his fear-and-loathing coin of the realm.

Americans may be getting fatter-not-taller, but now and then a ray of sane light shines through. Fatter between the ears need not apply.
Posted by genkaku at 10:38 AM