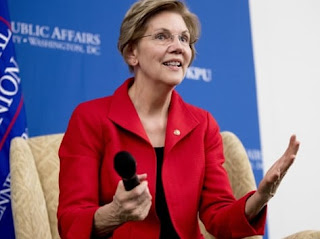 Senator Elizabeth Warren jumped into the race for president on Monday, announcing she is forming an exploratory committee for 2020.


The Massachusetts Democrat, known for her critiques of big banks and corporations, became the first major candidate to declare her intentions with a video posted online on New Year’s Eve.
“America’s middle class is under attack,” she said. “How did we get here? Billionaires and big corporations decided they wanted more of the pie and they enlisted politicians to cut them a fatter slice.”