reining in the Tasmanian devil

.
-- In Mexico, the acreage devoted to the growth of illicit drug plants is on the rise as the government shifts its military energies away from agricultural interdiction and into the cities where the violence promoted by illicit drug trade is staggering. It's a win-win situation for the drug lords. Not long ago, on TV, former Mexican President Vincente Fox said he thought that since the war on drugs was both too ineffective and too bloody, illegal drugs should simply be legalized a la the end of Prohibition in the United States. Anyone holding his breath for this suggestion to take root in the United States will be dead and buried before the day arrives. But former Yankees manager (I think) Casey Stengel was right when he said in his mangled English, "If the fans won't come out to the ballpark, you can't stop them." If the fans won't stop using drugs, you can't stop them. Abstention is a wise course, but the 'virtue' of abstention is largely a self-defeating thicket. 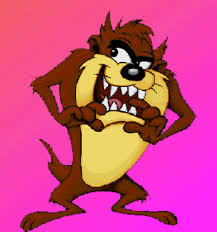 -- Berlin police have collared a fellow they suspect of being responsible for the fire-bombing of luxury cars."Police say the 27-year-old, who is unemployed and has debts, was motivated by social envy and frustration to set fire to 67 cars over three months." Is there anyone who, in some small way, doesn't possess the Tasmanian devil of such an action? It is a credit to the Occupy Wall Street protesters around the world that more of this sort of thing has not occurred. There were tangential destructive riots in Italy, but in general, to date, the protest has reined in its Tasmanian devils.

-- A U.S. report has criticized the thoughtless expenditure of funds provided to train Iraqi police officers. I wonder if, now that Barack Obama has said the U.S. will take the bulk of its troops out of Iraq (and the American involvement in Iraq will shift from military to economic), more an more reports of this sort will come along. The issues addressed will have been there over the long years since the American invasion, but now ... well now it's open season on years of untended waste.

-- And the Associated Press took a little time today to reprise the longevity and impact of folk singer Pete Seeger as he added his voice to the Occupy Wall Street protest in New York. As I said earlier, I am wary of the role music is made to play in current events, but that doesn't mean I don't like music or don't like Pete Seeger.
.
Posted by genkaku at 8:55 AM