.
After months and months of political fidgeting and its own version of obscene spending, the Republican Party finally got around today to endorsing Mitt Romney as its presidential candidate for 2012. Paul Ryan is his running mate. Will anyone remember this a year from now?

The Grand Old Party also issued its platform, which would ban abortion and gay marriage, revise Medicare, and cut taxes as a means of stimulating the faltering economy. The GOP convention is under way in Tampa, Fla.

Romney, who, with his perfectly combed hair, hardly has an image problem, still lacks a persona in the mind of the electorate. What does this guy care about? What is he willing to stick his neck out for?

New York Times columnist David Brooks offered an uncharacteristically wry appreciation of the GOP standard bearer with his recent, "The Real Romney." If the ship of state must be sunk by the craven political pirates of this era, at least we can enjoy a smile as we slip beneath the waves.

Next up -- the Democrats. 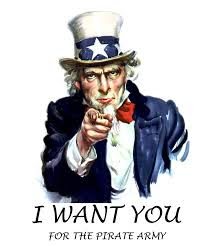