.
I don't know about anyone else, but when I first got hooked on the spiritual adventure, there was a lot of yearning. No joke, I was like a teenager trying to figure out how to get the girl of my dreams to notice me.

From a novice standpoint, the dream was perfect: Temples and texts were delicious; monks and nuns left me puddling within; the great trek from here to there might seem impossibly long and outside my grasp, but that didn't mean I couldn't moon and swoon.

Of course once in a while I would catch myself swooning and give myself a Dutch Uncle talk: This wasn't just some abject surrender realm, some fall-into-someone-else's-arms adventure, some do-it-their-way arena ... shape up and get to work! But the longing to swoon and puddle and love and be loved was there in the corner, waiting to be fulfilled. I'd turn the page of some book or scripture and it would jump off the page and into my soft and yearning places. 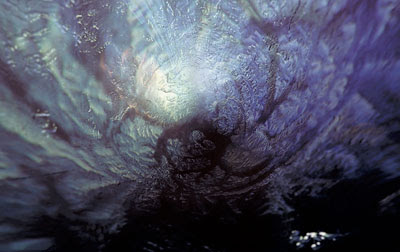 If I could just dissect enough, analyze enough, explain enough, find meaning enough ... well then my yearning would be fulfilled somehow. And I look back on this all with fondness. I was going to wrong way to the right places. But whatever the wrong-ness of the approach -- the only approach I was capable of at first -- still it was full of energy and hope and oomph.

I was lucky to run into Zen practice, if only because it put my feet to the fire. The literal, physical, sit-down-cross-your-legs-erect-your-spine-shut-up-and-focus exercise didn't diminish the yearning. It simply put the yearning to the test. Sweet anthems found a worthy comrade in a right knee that burned like fire or an irritation with some of the goody-two-shoes fellow practitioners ... people who no doubt yearned as I did but didn't express that yearning in a way I felt comfortable with. They could really piss me off, and being pissed off is a good exercise when yearning is involved.

My mother once said, "Don't get too holy by next Thursday." She was right, but what does yearning care for right and wrong. Yearning wants its satisfaction ... yesterday if not sooner. And not just a tale-telling, belief-oozing satisfaction, but a real, down-to-earth satisfaction ... sort of like your right knee burning like fire: No doubt about it!

It's funny about yearning and an actual-factual practice. In order to practice, yearning has to be put on the back burner. No one can be "good" when they are being good. No one can say what they believe or hope in the middle of a sneeze.

Yet yearning inspires and builds a fire under your butt. You may be going the wrong way to the right places, but you are going. And that puts a warm place in my heart for those willing to go. Despite all the mistakes ... going.