.
In college a long time ago, I used to lie in bed at night and imagine a poster-sized creation on which someone might write a story. Any story would do. The story would be written in a spiral, beginning at the center and flowing into ever widening circles until it was complete. 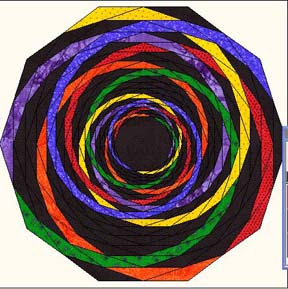 Starting anywhere, with any word or any moment or any place or any time, everything is included ... or anyway that was the intellectual conclusion I came to.

And, looking back on that fanciful time, I don't think I was wrong. Start anywhere and everything is included.

I wasn't wrong. I just missed one essential ingredient: