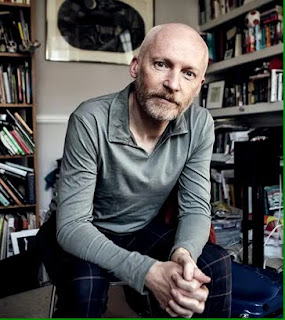 OK, I surrender: Any time a British publication uses the word "maths" I know I'm going to become and remain lost. It gives me permission, which I receive gratefully, to be dumb. But this piece from the Guardian is wonderfully compelling somehow, a tale that takes on artificial intelligence and manages to shoehorn in everyday laziness and stupidity like my own.


Machines can already write music and beat us at games like chess and Go. But the rise of artificial intelligence should inspire hope as well as fear, says Marcus du Sautoy

Who hired this guy? Who pays him? And how does anyone know they're getting a bang for their buck? Luckily, because of the key word "maths," I do not feel compelled to answer in any coherent way. I can just sit back and marvel about whatever marvelous (or is it just nutsy-fagin?) confetti he is sending into the environment?

I wish I could say I would return to read the article again, and thus 'understand' better -- but it's a lie. It's all about "maths;" I am a nobody when it comes to "maths;" so you figure it out and tell me what's going on. Strangely, I love this strange miasmic leap into Neverland or wherever the hell it is.


Slackers should take note: the human aversion to hard work, it seems, is often nothing but a good thing. “I think human laziness is a really important part of finding good, new ways to do things,” he says. “I often look at things and think: ‘This is just getting too complicated – let me try to step back and figure out a shortcut.’

I think I love the fact that someone actually hired this guy and then let him lose in the rabbit warren. That's what I think ... or anyway what I think I think.
Posted by genkaku at 6:45 PM