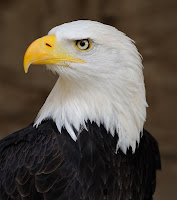 A conservationist cop stopped a man with a shotgun and a quarry bag in the woods. He politely but firmly asked to see what was in the bag since it was not hunting season. Inside the bag was a dead loon.

"Loon is a protected species," the cop said.

The hunter was all over himself to explain that he had three children and a wife and he had no way to feed them without his hunting. The cop listened and then said he had no choice but to ticket the hunter. The hunter redoubled his efforts: How was he to feed his hungry family without food to put on the table?

Bit by bit, the cop relented until finally he said, "OK, I'll let you off with a warning." The hunter was as grateful as could be. "But don't let me catch you again," the cop said as the two prepared to go their separate ways.

But as the pair separated, the cop called back over his shoulder, "By the way, what does loon taste like?" The hunter stopped and thought for a moment before answering: