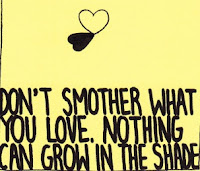 Sometimes things become so nice and so caring and so inclusive as to become ... well ... idiotic.

Earlier this week, it was (you were surprised .... not) revealed that well-heeled applicants to prestigious American colleges seemed to have an easier time getting into the likes of Harvard and Yale ... and, just coincidentally, daddy made a big donation to the school.

Who pays the price? Among others, the students who thought they were headed towards a top-notch education and then, and then....

My brother-in-law Sean was enraged some ten years ago when his son, Ian, chose Amherst for a higher education. Amherst is a half-a-hitch down from the major players in the Ivy League tiara -- a very good school, but less enormous than Stanford or Princeton or whatever. Sean was enraged when he found that his son was required to take a remedial course in writing during his first year. Learning how to write an essay was part of a high school's job, from where Sean (a Yale grad) sat. All students should know how to do it as a matter of course ... and now Sean had to pay for what he had already shepherded as Ian went to high school. Sean did not have deep pockets, so he resented being told his son (read dad) must pay again for what he (read son) had (theoretically) already learned.

But apparently not all students were equally well-endowed, well-trained, and academically up to par. Ian, a very bright student who nowadays works for Google, would have to go back a step because ... well, others had to take a step back and learn to write their way out of a paper bag.

But it was inclusive, dontcha know.

This has always interested me. How dumb does a college have to be in order to assure a decent revenue stream? When I was in college, I remember one guy who got kicked out because his grades were too low. Does that even happen any more? How can others biting the financial bullet (but lacking deep pockets) expect a top-drawer education when teachers are gang-pressed into 'marking on a curve?'

Trickle-down ignorance seems to thrive on a lack of standards. Teachers are charged with evaluating whether students know their shit or don't, not whether their infirmities hinder them or others.

Meanwhile, in somehow the same neighborhood, Rockland County -- a county just outside New York City -- has declared a state of emergency in the wake of an outbreak of measles that had been declared defeated in 2000.

Children are most at risk of contracting measles which can, but doesn't always, bring on some nasty results. There are those who claim the measles vaccine can bring on negative results (anti-vaxxers) ... but these kids need an education too, don't they? But do I want my child going to school with children who might be more at risk for the disease in a child-heavy environment?

Oh wait -- it would be unkind to exclude them, right? Let's not be biased against an already-defeated disease that is showing signs of resurgence.

I once asked the principal of the grade school my kids all went to: "Johanna, there seem to be guidelines for entering "challenged" children into "mainstream" classrooms -- to give them the benefit of the teachings.

This helps the "challenged" kids. But what does it do to those kids who are not designated as "challenged?" Yes, perhaps it teaches them about kindness, but does it detract from the education they might have received if the teacher's energies were spread across the whole class as distinct from attending disproportionately to the needs of one or two individuals? Who judges what is "challenged" and what is "mainstream?" And by the same token, can these judges winkle out and set standards for those who might be deemed "gifted?"