up with cranky Christians! 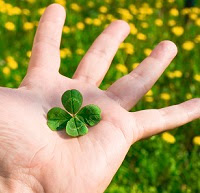 Being the good Christian he is ( (: ), my neighbor across the street, Joe, got pissed as a hornet this morning after a parking enforcement vehicle parked across the street from his house and prepared to take pictures of Joe's car in front of Joe's house ... with, be it said, a lawn sign touting a tour by evangelist Billy Graham's son.

I've known Joe for a number of years. He's not some lock-step asshole Christian who won't give anyone permission to do anything other than come to Jesus. Joe never mentions Christianity. He goes to church. He helps to build schools in Africa. He gets to the senior center to buck the bereaved up.

And now the parking enforcement woman was about to ticket him because, technically, his advertising for the younger Graham was too close to his driveway ... or anyway, that's what Joe believed .... and was pissed about. "It's one-way tolerance" he fumed. Anything that says "Christian" is immediately suspect.

And he's right in one sense: My town is so goodie-two-shoes-left-leaning that it risks flying up its own asshole and disappearing. Lesbian, transgender, homosexual, black, brown, 'Native American,' women and other victims, blah blah blah.

It's all OK with me ... except when Joe's lawn sign appears to be the focus of a wrath attack. For my money, Joe gets to be a Christian if that's what he chooses. My own appreciation of Christianity is not the issue, though I do think slightly more of it since seeing Joe in action.

Everyone gets to be the asshole (s)he chooses, and as long as it doesn't harm others ... well, have a ball.