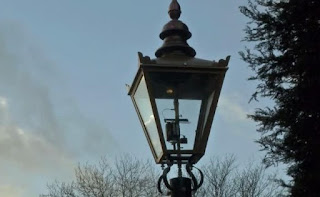 In keeping with my dwindling sense of perspective, reports today say that there was a 7.2-magnitude earthquake in Mexico and that the U.S. has charged Russia with interfering in the American electoral process in 2016, and a variety of other stories oozing with journalistic importance. But the tale that grabs my attention is the one about a dog-shit-powered street lamp.

Who knows if it's true but even if it's not, still, somehow, it would be nice if it were. On the truth-likelihood side, it does seem to be British in origin and the Brits are by culture quirky enough to suggest it may be true. Further, those like Donald Trump who wallow in purveying "fake news" are not generally imaginative enough to come up with a story like this, however cockeyed the science may or may not be.

So, for a few moments, I am convinced and delighted with a possibility that might ease a lot of lives. A positive note in a negatively-charged world.