farts in a bottle

.
Sometimes, she said, her father would come through the front door at the end of the day while she and her siblings were seated around the supper table and announce loudly to his wife, "These children are not farting enough! They need more beans! Feed them more beans!"

The kids would laugh and the mother would frown. Her dad was a gentle prankster, she told me a long time ago as we shared a bus seat, both of us heading north for Thanksgiving. The baby she held in her lap, a child I feared would burst into inconsolable and inescapable and endless tears during the four-hour journey, was soft and quiet as a dust mouse. The woman reminisced and the baby seemed content, as I was, to listen. 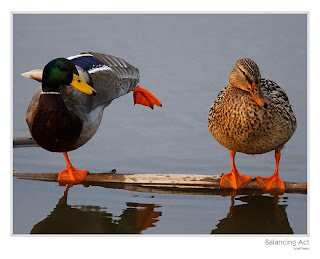 And then there was the other fart scenario her father would paint and to which all the kids would listen with a scowly seriousness. This was a money-maker ... if they could just get it right:

What they must all do, her father said, was to capture their farts, each in its own bottle. Once the lid was on tight, they could send the bottle to Ireland where a man would send them a dollar in return. The woman said that for the longest while, each of the children saved their bottles assiduously and imagined the wealth that might be theirs if only ....

If only the last requirement could be met. That requirement was that before the farts could be shipped, each of them had to be painted green. Hours and hours passed as the children imagined ways in which to open the jars without allowing the fart to escape. It had to be possible -- why else would the man in Ireland be offering a dollar apiece? The kids pondered and thought and the bottles stacked up around them -- so much wealth and yet no way to access it.

I wonder how many things in life are like that -- bits and pieces and knowledge and emotion preserved carefully in our bottles against a time when, somehow, we will be enriched and elevated ... by God or friends or enemies or situations. And yet, when it comes to collecting the wealth we long for, the whole artifice is gone like a puff of smelly wind. There's just no way to paint things green without losing the things themselves. The wealth slips through our fingers ... again.

And the question arises, why were we saving in the first place? Who is the man in Ireland? Was there ever a time when painting a fart green was possible? It's a wonderful story for children, but how useful is it for an adult, embroidering what might be at the expense of what is? Hold on, and things disappear; don't hold on and things come and go like farts around the supper table.
.
Posted by genkaku at 4:57 AM