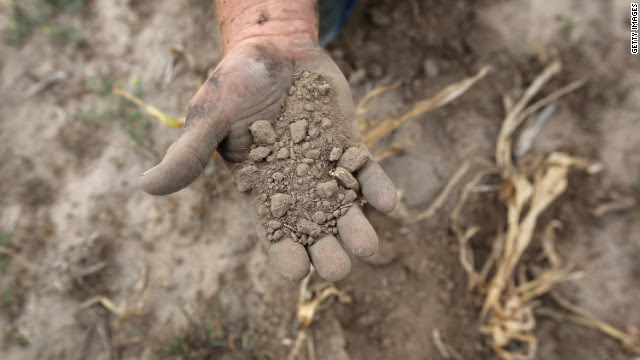 Out of sight, out of mind?

The drought of 2012, like the Dust Bowl of the 1930's, may be off the radar screen of Americans living in greener pastures, but,

Over a recent six-week stretch, the U.S. Department of Agriculture designated 1,692 counties as disaster areas due to the drought. The department notes about 80% of agricultural land in the country is affected, making this year's drought more far-reaching than any since the 1950s. Dead fish, dead deer, corn withered in the fields, rivers drying up ... and American voters are being asked to to care about presidential candidates' tax returns or birth certificates. 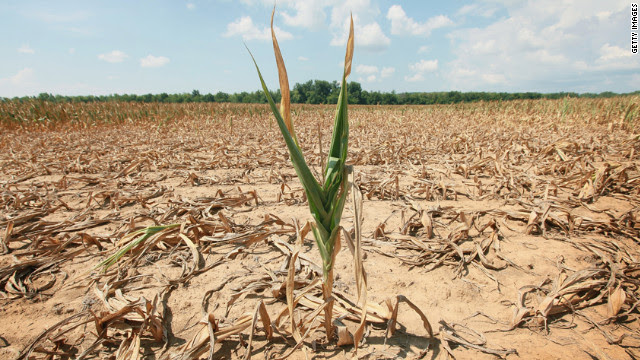