buying and selling the U.S.A. 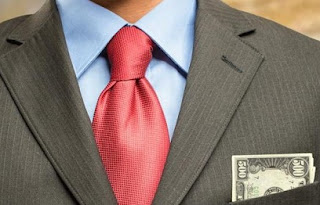 NEW YORK (AP) -- President-elect Donald Trump announced Tuesday he has picked ExxonMobil CEO Rex Tillerson to be secretary of state, calling him "among the most accomplished business leaders and international deal makers in the world."
"Rex Tillerson's career is the embodiment of the American dream. Through hard work, dedication and smart deal making, Rex rose through the ranks to become CEO of ExxonMobil, one of the world's largest and most respected companies," the billionaire real estate mogul said in a pre-dawn news release from Trump Tower in New York.
Tillerson "knows how to manage a global enterprise, which is crucial to running a successful State Department," Trump said. In a tweet, Trump added that Tillerson "has vast experience at dealing successfully with all types of foreign governments."

As far as I can see, there is not a word in the story about Tillerson's diplomatic capacities except to the extent that dollars-and-cents deal-making and diplomacy amount to the same thing. The mercantile cheesiness of Trump's would-be Camelot makes me wonder -- is there anything about this country that Trump loves? As far as I can see, it's "the price of everything and the value of nothing" that motivates him and many of his down-on-their-luck supporters probably agree: Fuck principle -- I'd like a little filet mignon myself!

Can anyone imagine Tillerson or his ilk making America "great again" for those most in need of a job or a bit of security? What principle(s) do men like Trump and Tillerson adhere to? Trickle-down economics? Trickle-up wealth? The little guy is going to get fucked -- again -- if I had to guess. Trump will find someone else to blame.

It feels pretty slimy. The 1954 Army-McCarthy hearings echo faintly in my mind: "Have you no decency, sir?"
Posted by genkaku at 8:53 AM