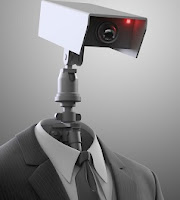 It sounds to me as if the Chinese may have a leg up on the United States when it comes to snooping its citizens' business. I'm not worried though: The U.S. is never likely to allow such a blot to remain on its surveillance escutcheon.


BEIJING (Reuters) - A Chinese surveillance firm is tracking the movements of more than 2.5 million people in the far-western Xinjiang region, according to a data leak flagged by a Dutch internet expert.
An online database containing names, ID card numbers, birth dates and location data was left unprotected for months by Shenzhen-based facial-recognition technology company SenseNets Technology Ltd, according to Victor Gevers, co-founder of non-profit organization GDI.Foundation, who first noted the vulnerability in a series of social media posts last week.