the keys to the kingdom 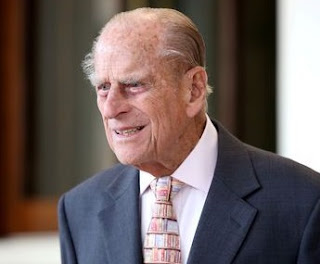 The 97-year-old consort of the Queen of England has voluntarily surrendered his driver's license after an accident a on Jan. 17. As another old fart, I would like to have been a fly on the wall when the discussion was held and the prince handed over the keys. How 'voluntary' was it?

Can you imagine what it might have been like if Donald Trump had a similar accident? His eyesight is fine because he says it is fine and besides, he's God.

I can't imagine the prince was entirely happy about yet another reminder that, royal or common, faculties tend to wane, control is lost and, hélas, the clock unwinds for gods and men alike.

PS. It appears he was not wearing a seat belt either. Us old farts know that feeling.
Posted by genkaku at 7:21 PM