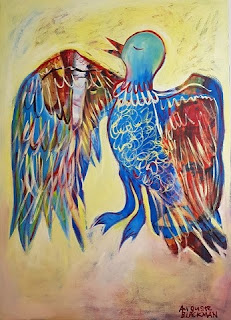 I wonder if it isn't a kind of linguistic cuticle or perhaps has a kind of harmony with the finality of the dropping guillotine (ka-chunk-thunk!) ... how did the old French "Oyez! Oyez!" wrangle its francophile/Norman ways into long-term, latterday common court parlance?

Latin? OK. Greek you can kind of imagine. But a French twist rattling through the annals of jurisprudence? Are there other examples? I can't think of any.

English courts use it.

The Supreme Court (U.S.) employs it.

First of all, it sounds weird with its (English) willingness to pronounce the 'z' as if it were in a comic book.... "oyezzzzz." Second, the English can be notably snooty about their neighbors across the channel. On the other hand, the French (merci Lafayette!) did help the colonies put the Brits in the revolutionary bushes ... maybe it's a nod to that bit of assistance.

I can't think of another French word that has held on so long without being eclipsed by some rotund bit of Latin or similar solemno-phone. How did that happen? I dunno. Maybe, lacking much history, the U.S. wanted to seem a bit kulturni.
Posted by genkaku at 6:38 PM