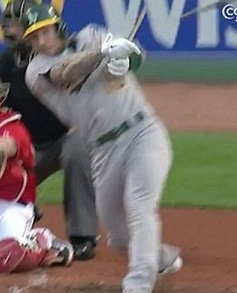 Talk about "The Bridge of San Luis Rey" and the inexplicable coming home to roost:


BOSTON (AP) — A fan whose head was bloodied by a broken bat that flew into the stands at Fenway Park was in the hospital with life-threatening injuries, police said.
The game [yesterday] between the Oakland Athletics and Boston Red Sox was halted in the middle of the second inning Friday as emergency crews tended to the woman and wheeled her off the field on a stretcher.

PS. The woman was expected to survive.
Posted by genkaku at 8:51 AM