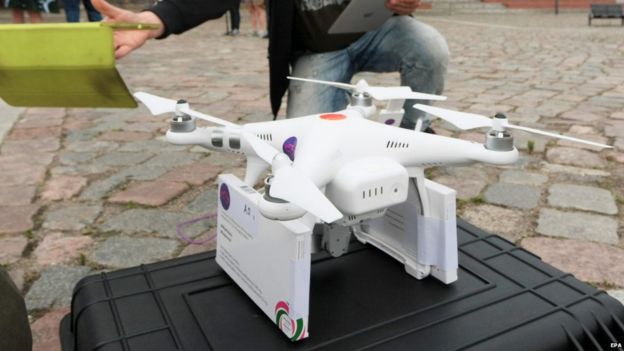 Dutch campaigners have used a drone to fly abortion pills into Poland.
The group, Women on Waves, flew the aircraft from Germany to highlight Poland's restrictive laws against terminating pregnancies.
Waiting for the drone on the other side were two Polish women who took the pills, used to induce a miscarriage in the early stages of pregnancy.
Abortion was legal in Poland in the Communist era, but outlawed in most cases in 1993.