pills and doctors and blessings and curses

.
Once upon a time, anyone might have casually swallowed a couple of aspirin as a means of tamping down a particularly boisterous hangover or easing the daggers of a sprained ankle.

But as time passes, pills insist and the medicine cabinet fills up like book shelves ... lots of little orange volumes promising one curative adventure or another.

Pills, like doctors, are both a blessing and a curse. Both are like the somewhat outlandish uncle who invariably shows up for Thanksgiving dinner: He cannot not be invited, but everyone knows he is going to upset the conversational apple cart with some observation that, while true, is not what anyone wants to hear ... even if they too are aware of that truth.

Pills and doctors speak to healing and improvement and a lightening of the step. But the tipsy and observant uncle knows and is bound to mention that these healers are killers, raising as they do, the let's-not-talk-about-it topic of mortality. Pills and doctors hold mortality at bay ... and yet by holding it at bay, they underscore and insist on what they promise to combat. Their caring lays bare the nature of an 'uncaring' universe. 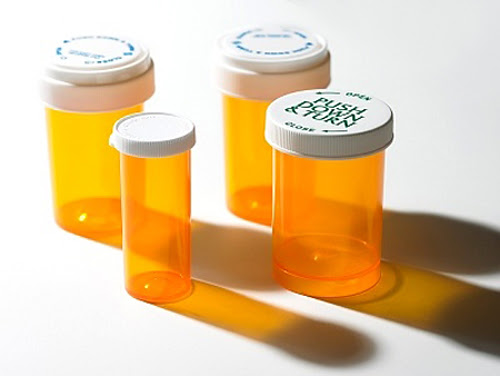 Here in the United States, I don't know the statistics, but I imagine the ballooning of pharmaceuticals and medical treatments has been enormous over the last hundred years. For example, the tendrils of psychological approaches have been largely engulfed by a reliance on pills. For example, no one just goes to his or her doctor any more ... s/he goes to the doctor who specializes in ailments of the right thumb.

And it really is marvelous what blessings chemistry and specialization can imply... although sometimes I think that "illegal drugs" are only illegal because the pharmaceutical industries are is jealous of the profits they are missing out on.

What a blessing to have a pain eased, a disease conquered, a broken organ repaired.

But there is something to be said for the obstreperous uncle, the one who declines the social niceties and points out the curses that blessings bring with them.

Was there ever a blessing so sweet that its hints and caring did not reverberate in the land of curses? And it's not as if it were just a matter of some juvenile, intellectual, contrarian approach: The curses are part and parcel of the blessings ... and no doubt vice versa. Ipso facto.

The words were once imputed to Gautama -- the "Buddha" credited as the man responsible for "Buddhism:"

All fear dying.
All fear death.

What an obstreperous uncle! Let's not invite him any more!

But as the little orange vials gain sway in the medicine chest, as the sharing-is-caring chorus loses its footing, as the social niceties of turkey and cranberry sauce become a thing of the past ... who wants to live in fear? Aside from anything else, it takes too damned much energy.

There's probably a pill for that too ... or a right-thumb specialist.

But fear, in the end, is not a very pleasant companion ... nor really apt in its information.

Maybe it's a good time to consult with your obstreperous uncle.
.
Posted by genkaku at 8:17 AM