.
Hinduism was once a religion I flung myself at with the excitement of a teenager planning a date with his first sexual partner. I really was ass-over-appetite in love or in lust or in some delicious and confusing ground in between. If reading and temple-hopping provides and indicator of devotion, I was a red-hot devotee.

I once knew stuff about Hinduism. Knew stuff and was hungry for more and more and more. And now that the passionate fires are banked, I remember only bits and pieces, most of them probably mistaken.

Hinduism is a religion that, in my sagging memory banks, is as festooned with ritual and mythologies and understanding as its hermits are matted and forlorn in appearance. Hinduism is enormous and ancient and wise and the Christians who descended on India in the 19th and early 20th century and referred to the inhabitants as "heathens" would have been laughable in their arrogance if they weren't so unkind.

Anyway, I followed in the Hindu school known as Vedanta. More specifically, I liked the school that put its faith in a man named Sri Ramakrishna, a fellow who was called an "avatar" or personification of god. Ramakrishna had many disciples, perhaps the best known of whom was Swami Vivekananda, a man who came to the Parliament of World Religions in Chicago in 1894 (or was it 93?) and purely knocked 'em in the aisles, if newspaper accounts from the time are to be believed.

For all that, I only remember bits and pieces and the bit that floated up this morning was a quote attributed to Ramakrishna: "Bhakti is best in the Kaliyuga."

Among the Hindu yogas, Bhakti is founded on the exercise of the belief that all things are god. Everything, everywhere, always ... is god. There is nothing that is not god. And, coming in another door, Bhakti is founded on "iti, iti," meaning "this, this." Bhakti credits everything as god and encourages a love of everything ... sort of like Christianity before the church got hold of it. This is a loving and devotional practice, smooth and soft and warm as alpaca.

The "yugas" in Hinduism are million-plus-year life cycles that carry with them implications of spiritual awareness and attainment. I forget how many there are -- maybe three or four or more -- but the Kaliyuga is sometimes called the iron age, a time when spiritual life is at a disturbingly low ebb, a time when people don't give a shit and know less about spiritual clarity. Those inclined towards apocalypse and doom and hell would find the Kaliyuga inspiring and deliciously awful.

And Ramakrishna said, "Bhakti is best in the Kaliyuga."

And if everything is god, then what is not god? Or, alternatively, who is god? This, in my raggedy memory, is the central question for those inclined in their very own Kaliyuga to love god in keeping with Ramakrishna's observation.

The Hindus, with probably the oldest religion in the world, are not slackers. They are not narrowly confined. They don't rest of comfortable or comforting belief. Their arms are as wide as the human spectrum and, as a result, another yoga, "jnana yoga," takes a somewhat different approach.

It scared me when I transferred my allegiances from a loving devotion -- a book-reading, temple-hopping, excited and credulous devotee -- to something that seemed at first so chilling and parsimonious, something that took everything away as soon as I tried to grab it. Zen Buddhism in its meditational practice offered no place to run, no place to rest, no place in which to feel relief and wonder and awe. I missed the hell out of my love and yet something told me that facing the wall, still and erect and focused, was a sine qua non of any real love. But that didn't stop my longing for relief ... my Bhakti, my hope that there was some place or state of mind where ease was ... well, easy.

Neti, neti ... not this, not this... and yet I was all about iti, iti ... this, this. The whole matter, in its practical format, left me flopping like a fish on the dock, squirming and begging for a return to a world that loved and nourished me. I was not born to breathe air ... I was born to slip and zip through cool, nourishing waters, loving waters, Bhakti waters. 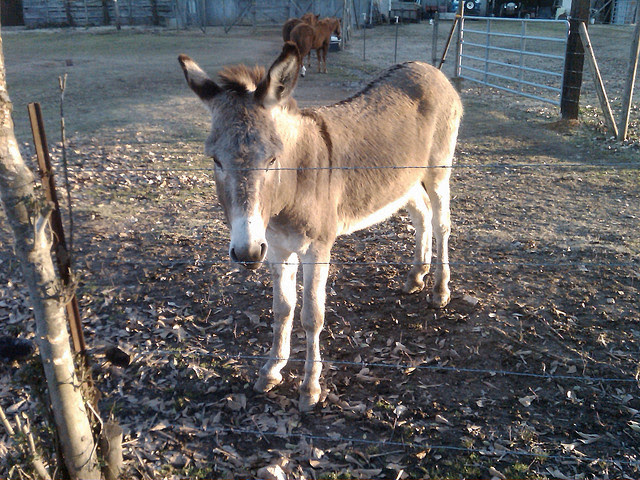 What of Bhakti, what of jnana, what of iti-iti, what of neti-neti ... what a tumult in this Kaliyuga of mine. Millions upon millions of people didn't care a fig for the effort I made. But I cared and of course, in that caring, brought down avalanche after avalanche, bliss after bliss. It was foolishness ... but I am grateful to have been such a fool.

But all this is just my jackass talking.
.
Posted by genkaku at 8:49 AM