the wheels on the bus 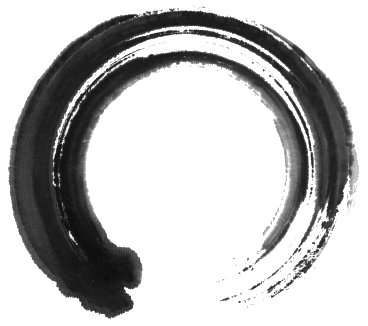 In Hindu lore, there are three aspect-gods to represent the whole of things -- Brahma, Vishnu and Siva ... the creator, the preserver and the destroyer. Each appears as distinct and compelling in its/his/her own right and yet each is also woven so tightly into the next that distinguishing them is a pastime for theologians and others with too much time on their hands. Life is whole, not segmented.

For ages, foresters and farmers, like the nature in which they make a living, have used the "controlled burn" to clear away that which will impede new growth. Fire clears away accumulated weeds and dead wood. It also inspires some seeds. Sometimes a "controlled burn" can get out of control and create what war-room analysts politely describe as "collateral damage" -- burning not just what needs to be burned, but also destroying what would preferably be kept intact.

Isn't this the same for organizations and individuals? The painter stands before the empty canvas and slowly, lovingly, begins to create what s/he hopes to preserve. The couple stands at the altar and commits to marriage. The group gathers and creates an effort with nourishing goals, however that nourishment is defined. And it's heartfelt. But over time, the strictures of what was created and preserved become apparent ... sometimes to a point where new growth is impossible and it is time to burn it down. Long habit and loving commitment may squirm and flail as the flames lick not just the dead wood, but also the living, flourishing stock.

Today, a friend sent an email depicting a lawsuit in Australia. The suit alleges that between 1947 and 1967, thousands of children were relocated from Britain and Malta under the auspices of several Vatican orders. An Australian report says "the vast majority of child migrants were not orphans, that many were taken without parental consent and were subject to forced child labor on a massive scale in commercial contexts doing extremely arduous or backbreaking work of an adult nature." In short, the children were enslaved... by the Vatican's minions ... the same church formed to perform good and nourishing works among those in spiritual and physical need. The plaintiffs "sued the Congregation of Christian Brothers and the Order of the Sisters of Mercy, alleging child trafficking, forced child labor, slavery, unjust enrichment and other charges. They want a jury trial and unspecified damages." The 2011 suit was dismissed by the court on technical grounds.

There is no demarcation, whatever the enormous and filigreed efforts to create one.

Brahma, Vishnu, and Siva ... the ways of the world. Who will consent to burn them all down ... the bliss of hell and the unending screams of heaven?