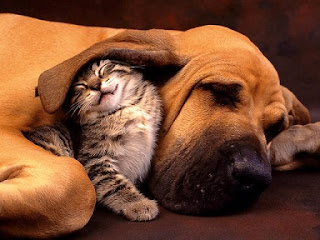 Is it curious or is it not, the esteem heaped on a Jesus or Gandhi, not least because they seemed to live simple lives in line with what others might call poverty? As the stories go, neither had a lot of stuff; they were poor in a manner of speaking; and yet too they posited ideas that were ennobling and were, by others' yardsticks, ennobled. Never mind that, by background, both men arose out of backgrounds and/or education that was pretty cushy -- Jesus, a middle class guy who spoke three languages in order to ply his carpenter's trade; Gandhi a British-trained lawyer who turned his talents to civil rights.

Neither took the Donald Trump route of collecting a lot of stuff and yet they were ennobled and being ennobled rests in part in the fact that I too would like to be ennobled, to find a wider, deeper, greater meaning to my existence, whatever its station.

It was the newspaper delivery woman who got me off on this train of thinking today. In her 50's and of medium and plump height, she generally arrives around 5:30, a time when I am waking up on the porch with a cup of coffee and a cigarette. When I see her bustling around dropping off the newspapers up the street, I get off my ass and prepare to greet and thank her in the doorway. I do wonder whatever happened to the times when 12-year-olds rode their bikes as they plied their first job trade delivering newspapers. I guess they're too ennobled for that and now it's the elderly-or-getting-there who deliver newspapers... usually from cars. Times are not always easy, but they are not so hard that bicycles are the norm.

This morning, she stopped long enough to tell me the tale of a squabble at the newspaper office where she picks up bundles. A newish delivery man, in his sixties, had complained vociferously when my delivery lady got her bundles first. Who died and left her queen, he complained loudly according to the tale I was told. I asked how long it was between pickups by delivery people -- by how much time was he discommoded. "A couple of minutes," the woman said. So, because he had to wait a couple of minutes, a man raised a me-first-me-ennobled ruckus. It was unpleasant as all encounters with unpleasant people are. But it seems likely that the matter will be straightened out by tomorrow.

A woman in her 50's. A man in his 60's. Squabbling about who had precedence when it came to picking up and subsequently delivering papers ... a job that pays less than a lot by quite a lot. Squabbling over crumbs passed through my liberal-leaning mind ... and then I thought that was pretty arrogant.

I grew up admiring the likes of George Orwell and I.F. Stone and Pete Seeger. Orwell, the British novelist, journalist, essayist and polemicist made a living tweaking the social condition in general and British aristocracy in particular. Besides his touchstone "1984" and "Animal Farm," Eric Arthur Blair (Orwell was a pen name) was also the author of "Homage to Catalonia," "The Road to Wigan Pier" and "Down and Out in Paris and London," three works dissecting and depicting and to some extent ennobling what his ennobled readership was unlikely to know anything about. He described his own background as "lower-upper-middle-class," but one thing's for sure: He was pretty well educated (Eton) and he didn't go hungry. By the time he died in 1950 at age 46, he was considered by some to be one of the greatest 50 writers since 1945.

Orwell pointed out the contradictions and inequalities and hypocrisies and I loved him to death. He was a hell-raiser. And I was a teenager ... it was a match made in heaven. But, as is the wont of even those who are no longer teenagers, I made the mistake of assuming that because anyone (most notably me) could point out and criticize the ignoble, I was somehow in possession of the keys to ennoblement. This is a curious presupposition.

In his "A Modern Monk's Tale," Joseph Cavanagh, a now-deceased Trappist monk who took the Catholic church to task for its corruptions before he died in 2012, quoted his mother, a wealthy Long Island Catholic who was intimate with the power-brokering within the church as saying,

"Once a man has made real money," she would say, "That man is a saint -- a saint I tell you -- and how he made his money is nobody's business."

It is not only the stricken or impoverished or hungry-and-keen-eyed who seek ennoblement. Even in the baronial halls of wealth, there is a longing to be more, to seem more, to glitter with a more that is more than the Louis Quinze chairs and the humming-bird tongues for dinner... "a saint I tell you!" No matter how much or how little anyone has, everyone seems to be humming the same old tune, "Is That All There Is?"

So what is the deal with this longing to be anointed and important and ennobled? I have a hunch it is simply the weep-worthy longing to relax at last with what is presented in any given moment. Everyone may long to find his or her face on someone else's billboard, but the bathroom mirror tells another, enduring story, a story anyone might long to be at peace with.

The usual measuring sticks may be useful and apt -- it really is pretty grotesque to watch wealth overlook or disdain poverty (grab your own bootstraps, you laggard!) or poverty disdain or demean wealth (the 1% are sucking us blind). But using comparisons in order to ennoble your life is a losing battle ... and an exhausting one as well. As an old saying once had it, "Comparisons are odious."

Ennoble what, precisely? And what would happen if the chores associated with ennoblement were simply set aside? Would your ass fall off? Would anything be reduced or raised up? And if so, how reliable could that possibly be?

To suggest that everyone and everything is already ennobled is one of those smarmy pieces of bullshit bandied about by those on edge. Likewise, I suspect, the suggestion that nothing is ennobled or ennobling is one of those blow-out-the-candles birthday wishes that has no staying power.

Ennoblement ... wouldn't you rather relax? Haven't there been enough nostrums and tooth fairies? Isn't it time to relax?