-- Where the latest gods are distinguished, religion flourishes and trouble begins.
Where the gods go undistinguished, nobody pays attention and there is an mediocre peace.

-- "My take is that only God can know God, but that's no reason why individuals shouldn't know who God is."

-- In the few minutes leading up to the women's World Cup soccer/football match at 7 p.m. yesterday, I put the TV on "mute" and did something-or-other on the computer. I didn't want to hear all the ads for drugs that would cure you but had side effects that included suicidal thoughts, anal seepage, mental dysfunction, partial paralysis and whatever all else. I typed in the sure and certain knowledge that by the time I turned around from the computer, the game would be under way. By the time I did turn around, several minutes late, the United States had a 2-0 lead in a game best known for its low scores and close-but-no-cigar kicks. How the hell had they managed that?! The U.S. eventually beat Japan, 5-2. 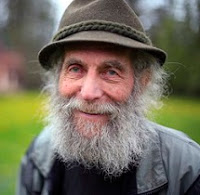 -- Burt Shavitz, the topic of an interesting documentary I can't seem to dig up for free watching ("Burt's Buzz"), has died in Maine at 80. The quirky bee-keeper and man others were determined to describe as a "hippie" seemed an interesting if quixotic personality ... someone you might not want to know but someone who improved the gene pool of the human race.