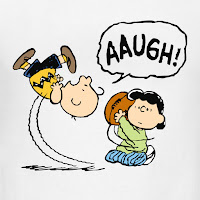 Pope Francis, currently on a South America trip, made a public apology for the indignities heaped on indigenous peoples of the past by the Roman Catholic Church:


"...I humbly ask forgiveness, not only for the offenses of the church herself, but also for crimes committed against the native peoples during the so-called conquest of America," he said to applause from the crowd.
Then deviating from his prepared script, he added: "I also want for us to remember the thousands and thousands of priests who strongly opposed the logic of the sword with the power of the cross. There was sin, and it was plentiful. But we never apologized, so I now ask for forgiveness. But where there was sin, and there was plenty of sin, there was also an abundant grace increased by the men who defended indigenous peoples."

There have been so many savvy, well-lubricated and mendacious statements of concern from the Vatican in the past, that it is hard to take the pope's words at face value.

I once knew a priest who lived among Brazilian Indians for years, came to love them, tried to defend them against logging interests, and found his holy mother church -- as is frequently the case among power brokers -- on the side of the timber interests. It broke his heart.

For all that, Francis' words -- assuming they will be backed up by a similar caring in future -- have a hopeful timbre at least in my ear.

Let's hope it's not more of the Peanuts effect.