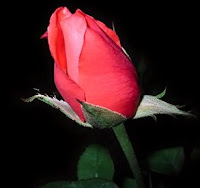 Was there ever a time when the longing to make things "better" was not in play? And if there was, would that be "better?"

Last night, I got hooked on "The Dead Poets Society," a 1989 movie about an English teacher at a tony, WASP-y boarding school in 1959. The teacher inspires his students from within a rigorously regimented system that freely admits its attempt to send its students out into a world they were bound to rule. Everyone is white. Everyone wears a tie. Many come out of rich or wannabe-rich families. But ... they are kids, adolescents who, whatever their circumstances, are as confused and uncertain as any other raging-hormone, trying-to-be-a-grown-up teenagers. Peter Weir, who was responsible for "The Last Wave," a movie I consider one of the gutsiest (if not the gutsiest) movies I ever saw, directed.

What held my attention was the fact that I too came from such a cossetted environment -- an all-boys  school at which everyone was pretty smart and pretty well-heeled and terribly white and yet, because they were kids, were largely unaware of their privilege. There were classes in Latin. There was a "chapel" each morning at which Christian values were enunciated. Grace before lunch. No matter that the smartest kids in my class came from Jewish families, a man of parts should know something about the prevailing persuasion of his country. There was a compulsory Bible class. There was tennis. And there was a good education ... but who could know that: Collegiate School was just the way things were ... wasn't it?

High school was the time when my single-parent mother was busy being an alcoholic, a universe I was drawn into and wounded by. No matter: School was school and we wore ties and people were destined for Ivy League colleges. My mother sent me to dancing school.

I desperately wanted things to be "better" somehow but of course I didn't know what better might consist in. Like me, my hang-with group of friends had family difficulties as well. We were wowed by Jack Kerouac's "On the Road," and yearned for the kind of freedom that seemed to be written in those pages. Maybe that would be better.

The teacher in "The Dead Poets Society" urged and pushed the students. "Carpe diem!" was the rallying cry. Seize the day -- follow your dream. But the problem was that it was not exactly clear what the dream was outside of being somehow, amorphously, better. We were privileged, but I imagine we might have felt the same yearnings and the same confusions if we had not been what today I call "privileged." Looking back, as the movie forced me to do, I am somehow embarrassed by the riches I enjoyed and yet how can a kid know what is rich and what is poor? A kid sucks up what is put on his plate to suck up. This is what is and that's all.

In my own defense, I remember speaking with the representative of a prospective college -- one of several I met with when the time drew near to pick a college. And when he, like other representatives of other colleges asked, "Why do you want to go to college, young man?" something in me snapped. I was sick to death of parroting, "Because I want to learn, sir." And so I said instead, "Can I tell you the truth?" "Sure," he said as if any admission I might make would be something he had already heard a hundred times before, whereas for me it was a terrific act of courage. And I said simply, "I don't know what else to do." And there it was ... out in the open ... and I felt a lot better, if no less uncertain and confused.

I didn't much like wallowing in the past, as last night's movie invited me to do ... or perhaps "insisted" is a better word. But I watched as a matter of some discipline that said, "own it!" I watched and watched and tried to get a perspective on the privilege that had been mine ... all pink and well-educated and knowing how to dance.

And then I relaxed, somehow. Yes, I have wanted in a hundred hundred ways to be "better," but the characteristics and clothing in my life's closet are just the characteristics and clothing in my life's closet. Smart, dumb, privileged, neurotic, strong, weak, wise and incalculably asinine ... it's just the clothes I am stuck with. I am like a tenant farmer, tilling the soil beneath my feet and there is no "better" way. There is this way ... with occasional modifications. Comparisons are unnecessary. Doing harm is probably not a good idea, but I am bound to do it. Praise and blame are not the point.

Carpe diem? How could such a thing be possible when the day itself has dawned long before I ever set to work to make it somehow "better?" Don't bullshit me with "karma." Just lend a hand and, in the kind of heat that we've been experiencing around here lately, try to stay cool.

Even if I wanted to, I couldn't dance as once.

But there is music.