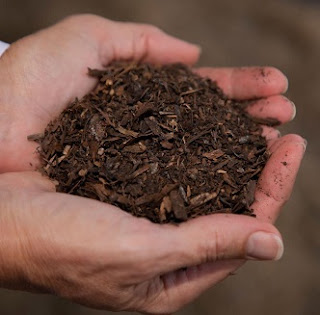 It may soon be legal for the dead to push daisies, or any other flower, in backyard gardens across Washington state. The state legislature recently passed a bill that, if signed by the governor, allows human bodies to be composted — and used for mulch.
As the nation ages, U.S. funeral practices are changing. Rates of cremation surpassed 50 percent in 2016, overtaking burials as the most popular choice. The Census Bureau, in a 2017 report, predicted a death boom: 1 million more Americans are projected to die in 2037 than they did in 2015. Human composting, its supporters say, is an eco-friendly option that can meet this growing demand. A Seattle-based company called Recompose plans to offer a service called “natural organic reduction” (it has two patents pending) that uses microbes to transform the departed — skin, bones and all.

There is something wonderful about common sense floating to the surface.
Posted by genkaku at 9:23 AM