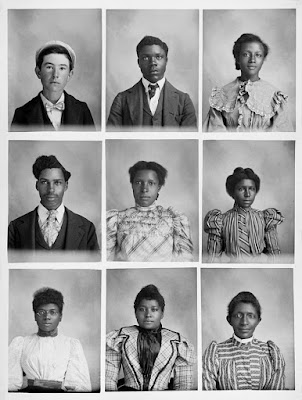 Aside from anything else, how nice it is to see photos of individuals who are NOT smiling some cheesy smile. True, subjects had to sit still in the early 20th century, and true, Jim Crow segregation was afoot in North Carolina, but still I am fed to the teeth with smiles staring at me from out of the local newspaper. A serious look is worth something.


During Hugh Mangum’s lifetime (1877-1922) monumental events occurred in the US. Laws separating white and black people arose, the last Native vs American battles were fought, women gained the right to vote, and laws to limit immigrants were passed. The personalities in Mangum’s images collectively symbolise the triumphs and struggles of these turbulent years.
Beginning his career in the early 1890s, Mangum used a Penny Picture camera that was designed to allow multiple and distinct exposures on a single glass plate negative. Working in a step-and-repeat process, the order of the images on a single glass plate mirrors the sequence in which Mangum’s diverse clientele sat for him each day
Photos Day or Night by Sarah Stacke, with texts by Maurice Wallace and Martha Sumler, is published by Red Hook Editions All photographs: Hugh Mangum / David M Rubenstein Rare Book & Manuscript Library, Duke University 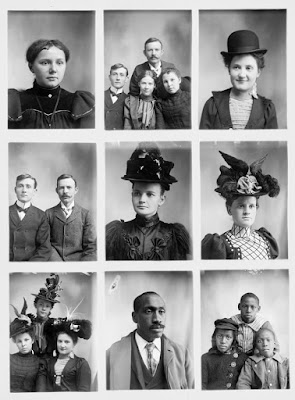