from the imagined podium 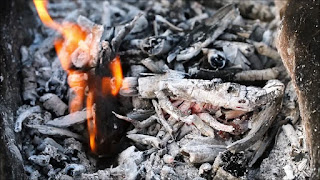 The other night, slipping off to sleep, I was assailed by a lecture on Buddhism as I have not been in a good10 years or so ... just thinking about what I might say to those starting out all wobbly and uncertain on a spiritual endeavor. In my lecturing mind, of course, everything was slicker than Vaseline on a thermometer. In reality, I suspect, turkey shit might be a more resounding lubricant.

God how I yearned in those long-gone days to get closer to this path I seemed to have pegged out for myself! Spiritual stuff beckoned. Spiritual stuff made me suspicious. Lord how I wanted to own and personify all the good traits and eschew all of the bad ones. And as a footnote, I wondered what a Buddhist might look like. Would a 'real' Buddhist consort with the likes of me? I was earnest, but figured I could not possibly be worthy of such a kindness.

And as I lay in bed, I considered putting myself forward at some local college as a specimen that religion classes might size up and pick apart. I too had known the half-hidden feeling that spiritual life and its adherents were somehow -- but very sincerely -- crazy. I wanted to get up close and sniff the crazy winds I had once secretly wondered about.

"Put myself forward" -- what a bizarre fucking notion. On the other hand, I probably had learned a thing or two over the years and perhaps I could ease the yearning and anxiety I had likewise once felt.

I lay in bed wondering if some old-man's medication had occasioned this train of thought. Is B12 a mind-fucker? Maybe taking a B12 uncorked this talkative miasma. Or maybe it was just time to empty a particular mental Dumpster. Or did I just want to get out and feel some small spotlight .... eeeeeeyyyhaw! I'm important!

One version of the Dhammapada has it approximately: "If you find no equal or better in life/ Go alone./ Loneliness is preferable to the company of fools."

Anyway, I finally got to sleep. Buddhism was not-the-less-for-wear. And when I woke up, things were back to normal and all I really had to do was take a piss.
Posted by genkaku at 1:11 PM