the horror of success

.
My friend told me the story of a man, now in his 60's, whose wife would occasionally find him, in the middle of the night, standing on the bed and fighting with the men who had come to attack him. Some 50 years earlier, he had been beaten and sexually abused by Catholic brothers who ran the school he went to.

The tale was heart-rending in so many ways: The ghosts and goblins of the past are so powerful that it seems almost a sacrilege to render them in words. Soul-shredding, truly tragic, and confounding in the helplessness that began in some distant realm and yet reaches like icy and potent slime into the present. A man who by every yardstick -- family, profession, etc. -- is a success, suddenly is rendered helpless and forlorn once more. And such goblins know when to attack ... in the night when anyone might let down his guard ... rest ... sleep ... and be undefended. A place of helpless screaming. 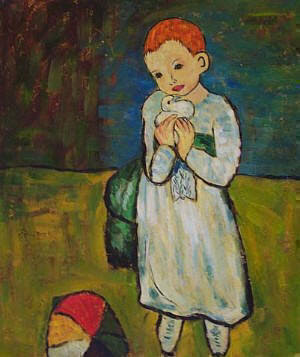 Who has not suffered a tragedy -- some something, little or large, that reaches out and nourishes a host of defenses built up over time? The descriptions and prescriptions ... ah, fuck 'em all! It is easy to cope with someone else's demons. Psychologists and philosophers and religious balm-makers may rise up in professional delight ... but in the middle of the night, while standing on the bed, fuck 'em all!

Who has not suffered a tragedy? And who has not learned ways to cope ... from intellectual savvy to a pint of Ben & Jerry's ice cream? What cannot yet be set aside -- what reeks of a potent failure -- must be borne. And so the habit is instilled ... to live with the tragedy that follows everywhere like a shadow, whispering, "helplessness." Where the can-do spirit basks in its successes, the can't-do spirit basks in its failures.

I may not be describing it all well, but I think such night-sweats, such past-becomes-presents, such freightings of the present are all too real, little and large. It may not be so searing and technicolor as the man standing on the bed, but still... And it makes me think:

People who avail themselves of the psychoanalyst's couch do so in hopes of making things less troublesome. Whatever the ouch, there is the hope that the ouch may be assuaged, eased, and (if wishes were horses, beggars would ride) eradicated. The goal is to find some more healthy, less throttling perspective. Failure and helplessness are too painful. Make it better, please! And, with patience and luck, the psychoanalytic setting may do just that. Failures do not weigh so much and success really is an option. The world of psychology deals with what hurts, what fails, what is helpless and screaming.

But -- and I really don't have the experience to say this for sure -- psychology does not cope with the horror of success. All those years of worry and fear and helplessness ... the idea or actuality of simply releasing such ingrained habits is truly horrifying. Or perhaps I'm wrong. Perhaps psychology does deal with the truly frightening notion of releasing old friends because becoming capable in place of helplessness is to bring horror and joy into the intimate embrace they already share.

To be helpless and fail ... a deep tragedy.

To be capable and succeed ... a frightening prospect.

A Hindu swami once commented to me that "if the screw took sixteen turns to put in, it will take sixteen turns to get out." Initially, the habit of a defensive horror, aims a surcease and relief. But having been relieved of old habits, there is still the habit of habits ... the desire to make a steady-state out of capability and success. Building new muscles of capability and replacing the helplessness and failure requires the same patience partakes of the same difficulty inherent in the years and years of treasured horror.

All the psychology and spiritual bullshit in the world doesn't interest me much. But where a man or woman is wracked or even just nudged by the horrific needling of their own jealously-guarded horrors ... well, it's as touching as it is terrifying.