.
Today, perhaps even as I write, my younger son, Ives, 18, is busy taking the preliminary steps that will make him a member of the Army National Guard. There will be paperwork and a physical exam and by the end of the day a swearing-in. There will also be some decision as to when he will go to do eight weeks of basic training and some subsequent training in a specific job or MOS (Military Occupational Specialty).

I have mixed reactions, but, as usual, the world does not care much what my reactions are. The world is more interesting than that. Still, in no special order ....

-- Which is better? -- to have someone else do your dirty work or to do it yourself? The question is not as easy as it appears on the surface. Since everyone allows or insists on others' doing their dirty work, the question becomes, in part, what are you missing? And the answer is often ... quite a lot. 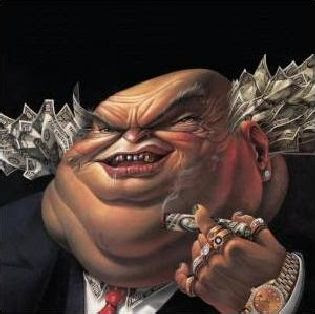 -- The military is in the business of killing others for profit and power. I do wish with all my heart that my son will not have to kill others (especially, given these hard economic times, his own countrymen). But you can't get to the west by traveling east and there is no avoiding the bloody potential built into military life ... my blood, your blood, our blood ... for profit and power.

-- Eighteen seems an impossibly young age at which to make serious decisions, but that is just an old man talking... an old man who loves his son and would chop off an arm to keep him safe. But the world is more interesting than old men ... or young ones either.

-- My father was surprised and opposed when I joined the army at a time when there was no choice ... or rather, there was a choice, but there was a draft and the only way to avoid it was to run away to Canada, get pregnant, or go for an advanced academic degree. My father thought I was a "sensible" and "intelligent" young man, so why in the world would I join the army? A couple of years before I joined up, I had talked my way out of compulsory ROTC (Reserve Officer Training Corps) at the college I attended: I told the commanding officer in no uncertain terms that I was opposed to the military and he seemed to credit my arguments because I was not forced to take the classes. But two years later, I had decided more or less that I preferred "experience to virtue" and signed on the dotted line. I wasn't wrong and I was fortunate enough not to have to kill anyone for the benefit of those seeking profit or power, but, looking back, that didn't excuse me. I was in for three years, hanging around with the single most intelligent group of people I have ever been associated with. Linguists with sometimes weird and wonderful backgrounds.

-- Did I try to talk my son out of the military as an aspect of his life? Yes, I did. But at 18 it is hard to hear the arguments that run counter to your own fixed notions. Love, glory, patriotism, honor, testosterone, a fixed and (in some quarters) acceptable framework in which to express your life ... who has not made such choices only to find out later what you could not know in the first place? Marriage, profession, clothing ... everyone makes choices with an eye to a future that simply cannot be known.

-- Do the Buddhist nostrums and experience of the past whisper in my mental ears? Sure, but the situation is more compelling to me than "Buddhism."

-- Life is sometimes likened to a kaleidoscope ... one small shift of the tube, and the colored scenery changes in ways that seem minute and yet the entire universe is not the same. The only trouble with this simile is that there is an orderliness to what is on display. Things have discernible edges that can be pleasingly parsed as the on-looker says, "Oh look! It's just like...." But of course it is not "just like" anything whatsoever. And a kaleidoscope is too convenient an analogy by half ... too self-serving and self-anointing. Beautiful and ugly, joy and sorrow, correct and incorrect ... there are no points of convenient differentiation. People make their choices and, voila! -- what was good becomes better ... or perhaps worse ... or perhaps indescribably itself ... which doesn't mean the effort to describe it is diminished.

-- When my daughter was little, she fell off her tricycle and split a front tooth. Half of it was gone from top to bottom. Once the doctors determined she hadn't swallowed the missing half, we had to take her to the dentist to have the remaining half pulled. I took her into the dental chamber and fully expected to sit with her while the dentist performed the deed. But before he went to work, he and his nurse firmly excused me from the room. I was not to be allowed to be with my daughter. Intellectually, I could see their point. But when I got into the waiting room, I balled like a kid. I was wracked with tears: Someone had my child and there was absolutely nothing I could do to help her, to comfort her, to encourage her, to love her. They had my baby!!!!

-- I am afraid for my son. I am happy for my son. I will entertain no revisions to my mish-mosh of brightly-colored thought. I am pleased to see my son make his choice, even if it is a choice I can disagree with or praise or see from another perspective. I would like him to grow into a happy man, but there is no guarantee ... and I can purely hate that. I can pray like a Christian or I can curse like a sailor ... the world doesn't mind. The world is more interesting than my caring or caterwauling.