Belief decks out the hag of doubt ...

What a long-standing habit, playing dress-up.

I wonder if others notice as well ... that time after time the hopes and beliefs once firmly held ... and then acted upon ... never turn into the exact reality once held so tight. Sometimes the reality is much. much better. Sometimes it is much, much worse. But whatever the case -- better or worse or just simply different -- hope and belief never come exactly true. 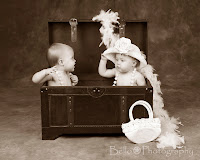 Marriage, kids, job, travels, money, spiritual adventures ... the doubt and uncertainty once gaily dressed becomes a reality ... maybe a delight, maybe a disaster, maybe a mixture ... but in any case, whatever it becomes, it is sui generis, entirely itself, naked as a jay bird ... awaiting the next period of dress-up.

Over and over again, the children of our lives gather at the toy box and agree: "Let's play dress-up."

It's not bad or good, virtuous or craven ... it just seems to be what happens.

But with enough experience, perhaps there is time to wonder a little ... is this really necessary? How well does it compute? Is "something else" really something else? Does dress-up lose its peppy wiles? Of course even nudists bring their adornments to a Saturday-night party ... but isn't the party the point? Isn't there a time to stop asserting uncertainty by positing hope; isn't there a time to stop underscoring doubt with belief? Aren't circumstances enough?

I don't know. It just strikes me as worth considering.
.
Posted by genkaku at 7:48 AM