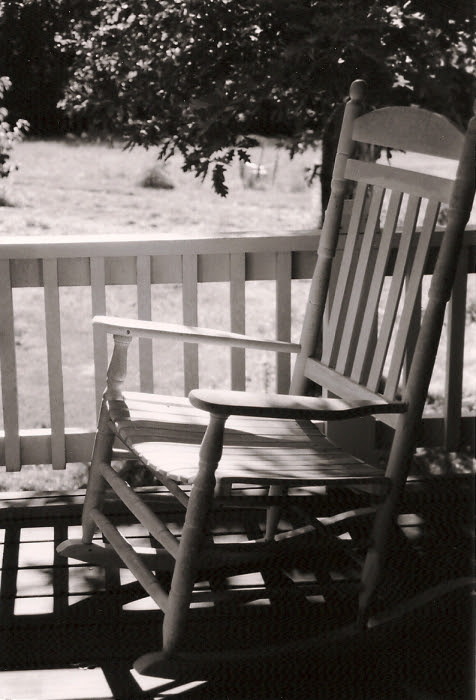 At 74, it might seem that 40-plus years of interest in spiritual endeavor would lead to some sage conclusions -- conclusions that might be 'shared' to some advantage. If such conclusions or usefulness existed, I would certainly be willing to give it away.

Instead, I seem to sit at some midpoint between wanting to retail adventures that might benefit others (and, oh yes, wink-wink, nod-nod, coincidentally play into whatever need for meaning I might have) and the recognition that such retailing is all but pointless... and I am just another old fart looking backwards because that's what old farts do... another liar basking in the sun of some back porch, musing about fishes he once caught ... and of course they were big fishes.

But what the hell -- this is a blog, a place and exercise whose closest synonym might be "circle jerk." And since no one ever said jerking off didn't feel good, I guess I will indulge myself.

After 40-plus years -- a conversational convention that parses a whole life even if that life cannot be parsed -- I look back and ....

1. I admire people who lower themselves into the shark-infested waters of spiritual life. I do not admire the ichthyologists who sit by the water's edge, elevating or despairing of the environment or purpose or particulars of those waters. I have done the same, but just because I stepped in dog shit once does not mean I want to repeat the exercise. I admire those who choose to live, however ineptly, in a universe of sharp teeth. They may never become ichthyologists, but they will be enriched by what they actually-factually know. And all of this boils down to the threadbare observation made in a hundred ways in a hundred venues: You must -- MUST -- find out for yourself. Any other resolve is bound to fail. Beware the humble man who says "God cannot be known." Beware, likewise, the man who says, "God can be known." Such sharks are a dime a dozen.

3. Be a fool for what beckons. How else could anyone honestly overcome foolishness?

4. Just because a (wo)man doesn't know something does not, ipso facto, make it a "mystery." It's just something s/he doesn't know and not knowing is not that bad. Elevating or despising the unknown is dishonest ... understandable, perhaps, but dishonest. Honesty counts in spiritual life.

5. When Prince Siddhartha -- the one who would later be called the Buddha -- left home, he did so, like so many in spiritual life, in search of another home -- one that would rest easy in the face of disease, old age and death. For six years, he subjected himself, hammer and tongs, to the teachings of others. He was determined. What home could he find that did not fall prey to such sorrows? He worked his ass off, just as any spiritual aspirant might. But finally he sat down alone and dug deeper than the comforts of home ... deeper and deeper until his house hunting came to an end and "the roofbeam" was broken. No house can stand where the roofbeam is broken. And he had broken the roofbeam ... or anyway that's how the story goes.

6. All spiritual tales of whatever sort -- from most revered text to most flimsy gossip -- leave out the juicy bits. I can remember sitting at a tea after an evening of zazen or seated meditation. I was new and would be a liar if I said I was not wowed by the setting, the robes, and the idle chatter that I could barely keep up with. And as I sat there I grew increasingly cranky. Finally, my mind burst into a firm complaint: "Will someone please just tell me what I want to know so I can get the fuck out of here?!" No more wow, no more fancy names for personages or states of mind -- just tell me what I want to know ... you know, the juicy bits. But of course no one could do that. The juicy bits were entirely up to me. To say I hated it would be an understatement. The juicy bits where meditation legs burned like fire; the juicy bits where bright openings came calling; the juicy bits where despair reached from horizon to horizon; the juicy bits where an 'advanced' understanding was neatly tucked under my belt; the juicy bits where vast desire was a minor matter seen only in some serene rearview mirror.... etc. It was like taking an exam in which you had to fill in the blank: "The truth of the matter is __________." The fact that I wanted -- in subtle and gross ways -- to have someone, some authority, fill in the blank for me ... well, shit, shit, shit!!!! I had made the time and made a donation and done what was required: I wanted some quid pro quo payback. Well shit, shit, shit! The juicy bits were up to me. I wanted someone to love me, to take care of me, to mend an often broken heart ... and no one would tell me the juicy bits.

7. I doubt if there was a single day -- not one single, solitary day in all of those 40-plus years -- that I did not arouse some spiritual-life-linked thought. World events, social events, private events ... anger, joy, love, sadness ... all of them and more like them addressed in the days that passed and all of them, little or large, brought into focus through a spiritual lens. Imagine that ... not one day in 40-plus years! I was determined to improve and so brought improvements to bear. I was like a man who had chosen a pair of designer sunglasses, put them on, and hoped that the filtering tint might ease the eye in the face of the bright and juicy bits. Looking back, I can say that this pastime was not much different from the times before I ever grew determined about spiritual life. But that's 20/20 hindsight: At the time I didn't see it. I was determined to find a new home and I worked pretty hard -- however ineptly -- at it. Nowadays, there is an occasional grandmotherly voice that says firmly, "Oh for heaven's sake! Give it a rest, will you?!" And, more than that, there is a sense of things slipping away all by themselves. No need to push the river. Get over yourself. Get over your glasses. The brightness is not all that bright. Put the glasses on the bureau top and enjoy the juicy bits as they arise. Will you end up in Dante's much-revered version of hell? Sure, but the man who distinguishes between heaven and hell has got a very -- very -- serious problem.

8. These days, even the door marked "exit" seems a little extreme. Doorways lead from one place to another and, without waxing sexy, what other place is there? I had a lot of cap pistols when I was little. Now I have none. Is there some reason to suppose that, like all the other things once held dear and then 'outgrown,' spiritual adventure should or needs to be different? It has nothing to do with virtue or lack of virtue. Things walk away ... isn't that the honest truth? There's no rush and no improvement required. Things walk away.... but not before they're ready to.

9. In spiritual writing, usually there is a good-news punchline, some beckoning and enticing bit of "amen" that is placed upon the sentence. There is also the bad news with which to bait the hook. Good news, bad news -- bait the hook. Christianity, Judaism and Islam strike me as pretty ham-handed in this regard, but they are younger and their disarray is more easily forgiven, perhaps. Buddhism and Hinduism are more adult -- literally older and with more experience under their belt. But they too are in business to assuage and improve. None of this is intended as criticism -- it's just how I see things through my life's glasses. I certainly wish others well, but baiting the hook that is already baited strikes me these days as a waste of perfectly good bait.