"a soldier of the Revolution" 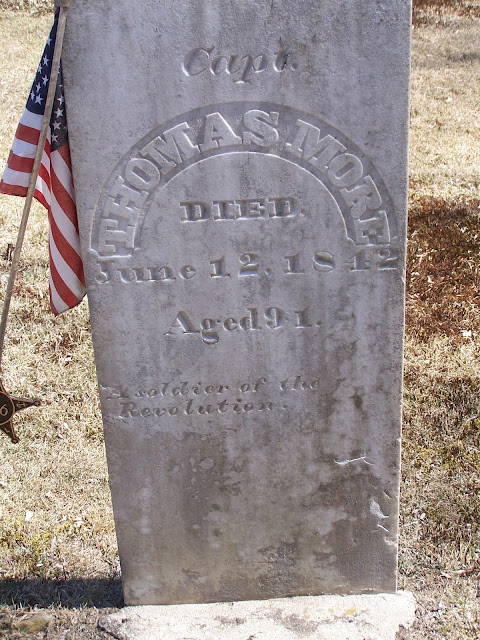 Judging by his gravestone in the Gate Cemetery -- a small arena carved out of the woods in Worthington, Mass. -- Capt. Thomas Moore was not about to let the latter-day versions of Twitter get the best of him. He too had an abbreviated message, although it is hard to imagine that his brief statement didn't have some very concrete background supporting its assertion:


A soldier of the Revolution

Moore can rest easy. His race is run. His team won the day. How many revolutions, wobbly from the outset, wither and fall apart or simply lose? Look at Islamic State. Look at Bernie Sanders. Look at Donald Trump. The Kurds. Look at any of the revolutionaries of the Middle East: Which of them will find respite beneath a similar gravestone: A soldier of the revolution. What a Tweet.

And what a place to lie -- a minuscule graveyard that is as neat and neatly clipped as the white-walls above a soldier's ears. Other gravestones are far less august ... almost imperial. Many of the women are recognized only by their first names, followed by their husband's full name. They were not exactly chattel, or so it seems (no slaves seem to be buried at Gate Cemetery). But neither were they exactly free-standing individuals. I once heard the speculation on a history show on TV that in earlier times, women did not marry for love but rather, "it seemed to be that they loved because they were married."

Gone now, but not quite. 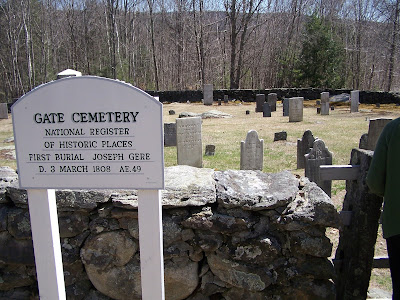