the screw turns ... some more 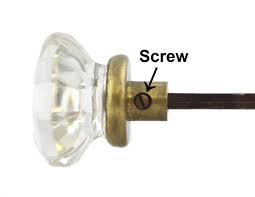 The screw turns ... who's getting screwed these days:

-- Tehran police chief Gen. Hossein Sajedinia recently announced his department had deployed 7,000 male and female officers for a new plainclothes division - the largest such undercover assignment in memory. Authorities say the division, which started work last week, will patrol major Tehran streets and intersections, policing transgressions including harassment against women and excessive car honking and engine noise.
Critics fear the unit's main focus, however, will be enforcing the government-mandated Islamic dress code, which requires women be modestly covered from head to toe.

-- Venezuela's government has imposed a two-day working week for public sector workers as a temporary measure to help it overcome a serious energy crisis.
Vice-President Aristobulo Isturiz announced that civil servants should turn up for work only on Mondays and Tuesdays until the crisis was over.
Venezuela is facing a major drought, which has dramatically reduced water levels at its main hydroelectric dam.

-- And, in the feckless and endless and substance-shy U.S. presidential primaries that, like the government's promotion of "terrorism," threaten never to end ....


Republican Donald Trump and Democrat Hillary Clinton rolled up wins in Northeastern states on Tuesday in a major show of strength and immediately turned their fire on each other in a possible preview of a general election matchup.

To the extent that the popular presidential-wannabe Bernie Sanders represents another step in the amorphous discontent of 2011's "Occupy Wall Street" demonstration ... it strikes me as interesting that the fervor excited by Sanders banner, much like the fervor of the 'occupy' movement, still lacks a specific agenda. But the fervor is not to be denied or discounted. And to the extent that this is true, I think Bernie Sanders and Donald Trump are drinking from the same undeniable trough.

Now if only the issues weren't treated to a back-burner status, perhaps the electorate would be a little less screwed.

-- And, in a story now as familiar (damn near word-for-goddamned word) as the police shooting of unarmed black people in the U.S.:

Israeli police shot dead a Palestinian woman and a man on Wednesday, saying they had tried to stab security forces at a checkpoint in the occupied West Bank.
In the last half year, Palestinian attacks have killed 28 Israelis and two visiting U.S. citizens. Israeli forces have killed at least 193 Palestinians, 130 of whom Israel says were assailants. Many others were shot dead in clashes and protests.
Police said the woman, holding a knife, and the man walked rapidly towards police and other Israeli security guards in a vehicles-only lane at the Qalandia checkpoint outside Jerusalem.
"Police called on them several times to stop. When they kept advancing ... the officers neutralized the terrorists," a police statement said.